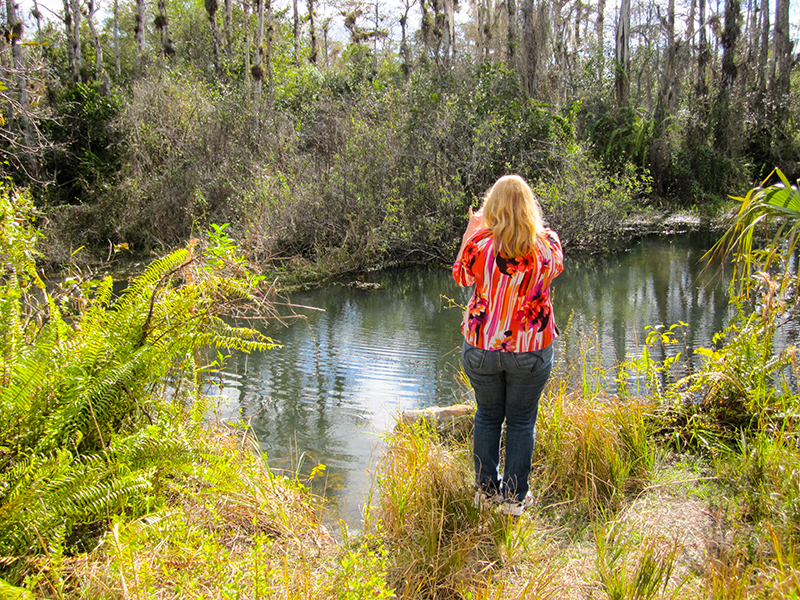 I’ve been across Florida’s Route 75 — the famous “Alligator Alley” — many times and I’ve never seen an alligator.

But there is another road off Tamiami Trail, the old road to the south that originally connected Miami and Miami Beach with Florida’s west coast and runs parallel to Route 75, where you’ll often see alligators galore, right up close next to your car given the right conditions. You’ll see other wildlife, as well.

It’s called the Loop Road and is part of the Big Cypress National Preserve. 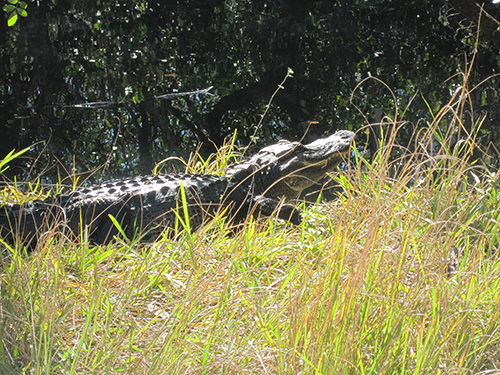 I know that not everyone likes alligators. I’m not a big fan myself. But when you get to see them from the safety of your car on this real Alligator Alley, your attitude changes a bit. I know, I’ve done it several times.

I first heard of Loop Road a few years ago on a program on National Public Radio, of all places. I tuned in and heard a writer for Sports Illustrated telling the show’s host about growing up in Miami and how he and his friends would go out on Loop Road when they were kids. He described the almost primeval nature of the place and I made a mental note to check it out next time I was in the area. 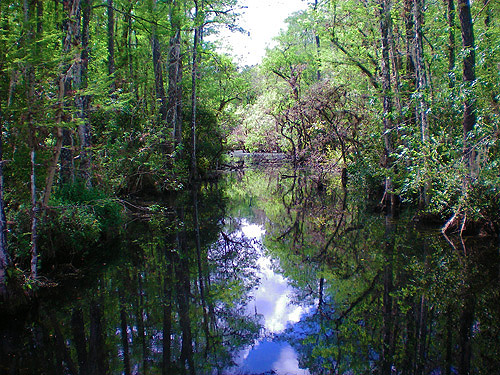 Off Alligator Alley and Onto Route 75

A few years later as I was crossing the Everglades on Route 75, I talked my wife and some friends into tracking down the Loop. Using the GPS in our car we found the easterly end of it and off into the wilderness we went.

It was fairly innocuous for the first few miles. The road was paved and was lined with a few square concrete houses built by local Indians. Behind the houses were fields of scrub vegetation and marsh, which increasingly grew more dense and taller as we moved deeper into the swap. Soon the pavement turned to dirt, which although rough, was still passable. 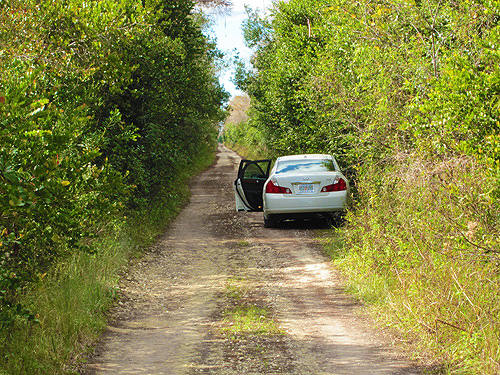 On subsequent trips we found that it’s wise to choose your month of travel on Loop Road, the “real Alligator Alley,”carefully. The summer-early fall “rainy season” is the worse time to try to traverse it since large areas along its entire length are washed out by floods. If you go then, you’re forced to creep along in your car at 3-4 miles per hour, slowly and arduously weaving about large craters in the road.

This map is interactive; press +/- to enlarge it or make it smaller. It can also be viewed, and the route followed, on your smartphone.

Get Your Guide is a good company that offers tours and discounts around the world. The most popular outdoor tour anywhere in the world that is booked on GetYourGuide is the $29 5-Hour Alligator and Airboat Tour of the Florida Everglades. If you book it here, at no additional cost to you, you’ll help support this site since we receive a small commission.

Other popular tours they offer:

During the winter dry season after the road has been filled and leveled by the Park Service the drive is much easier both on your car and your bottom. The winter dry season is also a better time to travel the Loop since it’s when you see the most wildlife.

During the hot summer months alligators spend most of their time in the water keeping themselves cool. But in the winter months, when the waters in the park cool down a few degrees, many of them come out to sun along the banks of the stream and marsh alongside the road. In fact, on this Alligator Alley they’re so close you can stop your car only a few yards away from them. 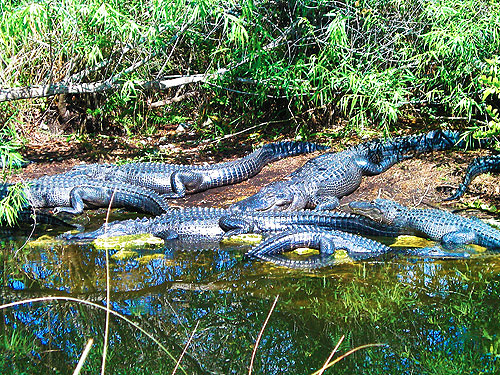 It’s not a good idea on this Alligator Alley, as we once convinced a friend from Texas (halfway out of the car before we grabbed her) to get out for a closer look or, as she said, “to pull its tail.” Nor is it a good idea to take a walk along the road with your dog, which in South Florida are alligator’s favorite treats. Keep in mind that gators are extremely fast from a dead stop and can grab your dog, or you, within seconds.

Moving on down the road we slowly moved further into the primeval wilderness of Big Cypress National Preserve, passing spots sign-posted as Sweetwater Junction, Gaging Station and Trail City. It was totally quiet except for the sound of an occasional bird off in the trees somewhere. In the crystal-clear waters little fish darted about in the shadows of ferns that cascaded over the bank. 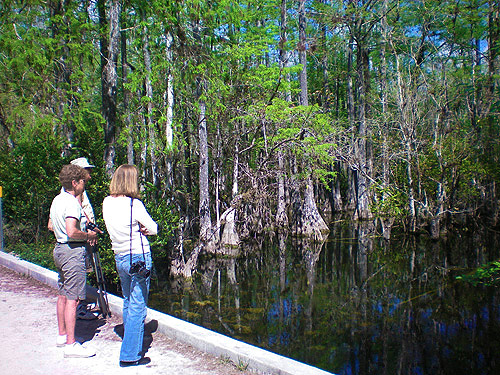 We saw very few cars or people on this real Alligator Alley, even at midday, since few know about it. At various places we’d pull over when we saw alligators lying along the side of the road on creek banks, sometimes piled atop one another in the morning sun. Up ahead, every now and then, groups of vultures stood in the middle of the road as if to blockade us from venturing further on. Egrets perched on tree limbs, their white feathers bright against the dark green shadows of the deep swamp.

At times we would stand outside the car and only hear birds singing in the towering cypress about us, or the rustle of the water made by fish or a swimming gator. At one point a huge Great Owl fluttered out of a stand of old trees onto the road in front of us, then quickly flew away as our car edged forward. 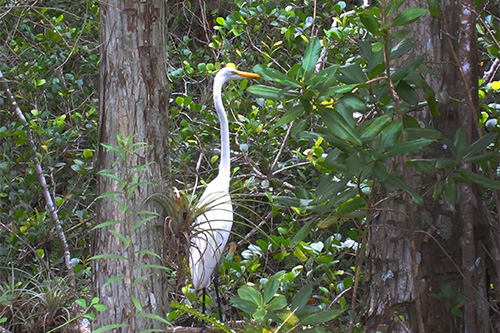 At one spot, where my wife and I stood looking across the water into the forest of Cypress trees rising from the water, we could not hear a sound. It was total silence, with not even the whisper of a breeze blowing. We stood there and stared at the beautiful scene almost feeling that we were the very first humans who had ever discovered this primeval place.

It was our own National Geographic moment. Right there on the Real Alligator Alley.

If you can’t go to Loop Road there are many Everglades airboat tours, many of which will pick you up at your hotel in Miami.

This isn’t a trip for everyone since it can be rough at times, exceptionally rough if the Park Service hasn’t yet leveled the road. Still though, it is a unique experience.

You’ll find Loop Road halfway across State Road 41, the southernmost road that crosses the state from Miami to Naples, FL. Follow the map above and happy hunting!