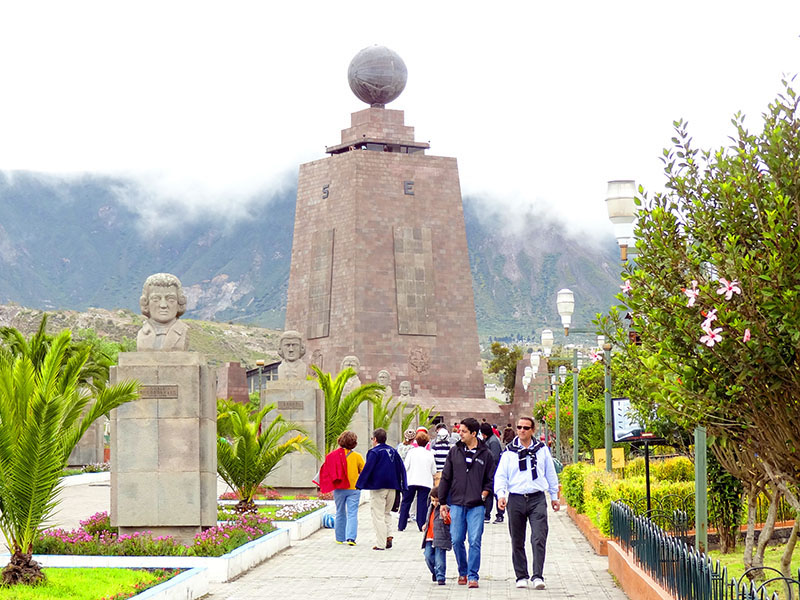 Tourists walking near the “wrong” equator in Ecuador

If you ever want to stand right on the equator, what better place to go than Ecuador? After all, in Spanish even the word “ecuador” means “equator.” The problem though, is just where to go to stand on the real Ecuador equator.

La Mitad del Mundo (the Middle of the World), the huge Equatorial monument north of Quito — the place the tourist office sends you to, the one all the tour companies shuttle you off to, the one that thousands of tourists are brought to every year — isn’t on the equator at all.  The real equator is about 250 yards away.

It’s a sham, although it was never intended to be, since the screw-up was caused by a French expedition in 1736 that marked the wrong spot. And get this, the mistake wasn’t realized until just a few years ago when the Global Positioning System (GPS) was invented. Unfortunately, the Ecuadorian government had already built La Mitad del Mundo on the present spot to lure tourists. It’s a nearly 100-foot tall monument that’s mildly interesting, and which contains a small museum about the ethnic cultures of Ecuador.

But if you want to visit the “real equator” you need to go to the Inti Nan museum, which is about five minutes away. The “museum” is more like a mini-carnival for those who visit it and is labeled a “tourist trap” by others. But still, it’s interesting and fun.

Come here and you can stand on the line painted on the “real equator,” and do all sorts of magical equator-like things such as balancing an egg on the head of a nail, and falling over sideways as you attempt to walk the line with your eyes closed. A lot of it is sham for sure, but fun nevertheless. 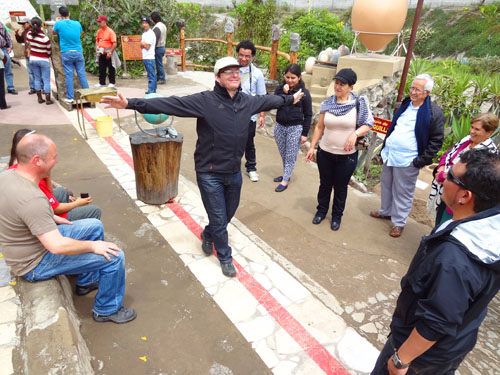 I have to think that the government does as much as it can to keep the whole misplacement of the Ecuador Equator monument and the competition from the Inti Nan museum quiet. That’s likely since the area not only lures tourists but is also used for various special events, such as the Miss Universe pageant back in 2004. 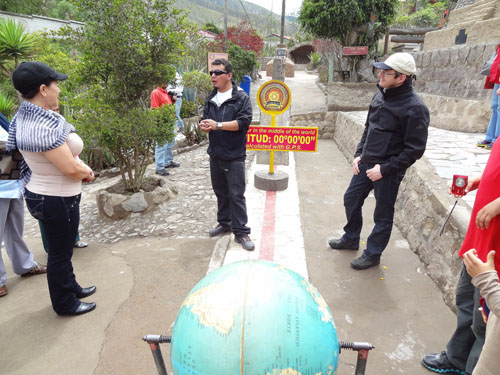 I had heard of the misplacement some time ago and wanted to visit the “real” spot when we were in Quito. When we were there I had told our guide (who was from the largest tour company in Ecuador) on three different occasions that we wanted to visit the Inti Nan site. But each time he down-played the idea and it wasn’t until we were at the government Ecuador Equator monument when I told him very directly again that he agreed to take us there. But even then he said we had to do it fast and tried to hurry us along after just a few minutes at the site. 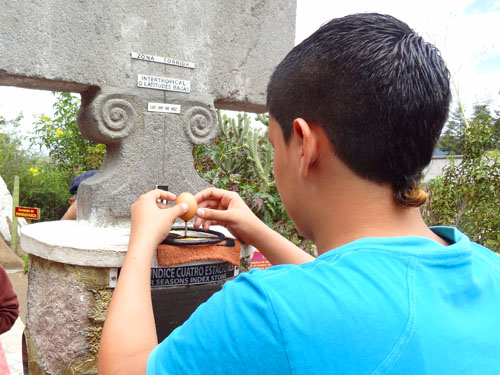 To add to all this equator confusion, some say that neither spot marks the real equator and that the correct location is even further away.

But I wouldn’t lose any sleep over it. After all, GPS also shows that the Prime Meridian is about 100 yards from the exact place it’s supposed to be at the Royal Observatory in Greenwich, England, as well.