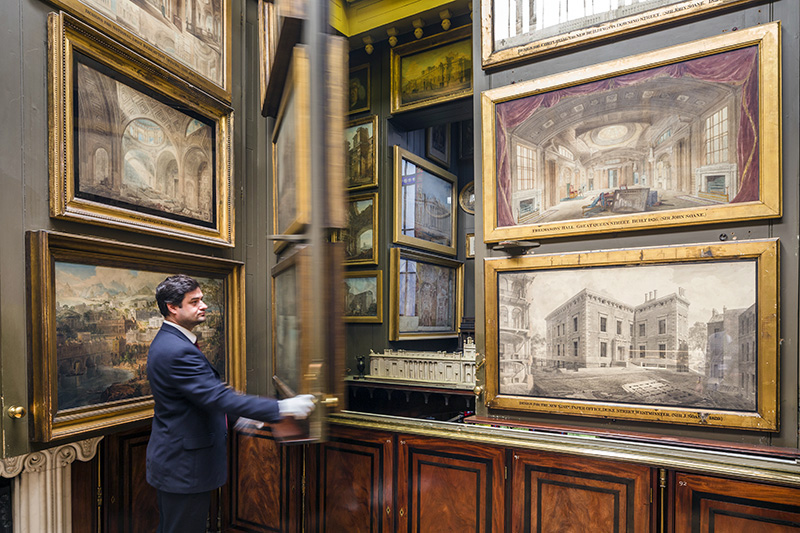 Some time ago when I was in London I stayed at the Radisson Edwardian Hotel in South Kensington. The hotel had been formed by joining together several buildings, which gave it a rather odd floor plan, and they managed to shoehorn a room into every free square foot of space, even on stairwell landings between floors. 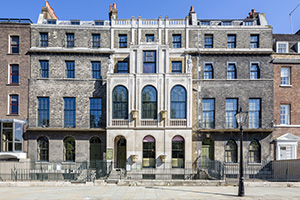 I remember walking out of the hotel one morning thinking the place was almost claustrophobic. In retrospect, it’s quite funny since that day I was on my way to a place that would take that feeling of near-claustrophobia and multiply it ten-fold.

My destination that morning was Sir John Soane’s Museum, one of the best of London’s small museums, and crammed with thousands of treasures big and small, all accumulated in one of the most surprising and little-known museums in London. You’ll find it in the Lincoln’s Inn area of London, a quiet and dignified area of the city regarded as “legal London,” as evidenced by the many lawyers going to and from the nearby Royal Courts of Justice.

It sits across from Lincoln’s Inn Fields, a public execution site under the Tudors and Stuarts. On the far side of the Fields, directly across from the Soane, is the Royal College of Surgeons and, a few steps away, the Old Curiosity Shop, which escaped the Great Fire of London. It’s a rare 17th-century building and the oldest shop in central London, although it’s unknown whether it is the shop described by Charles Dickens in his famous novel of the same name. 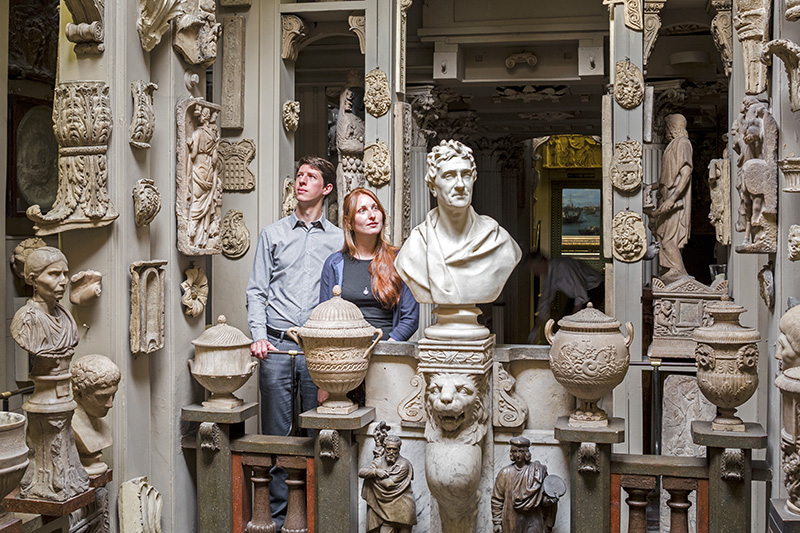 The Museum is the former home of Sir John Soane a leading architect of 19th century and the designer of the Bank of England. The small Museum, much like my hotel, was really three small buildings stitched together and they held more stuff than anyone could ever imagine. Although almost every foot of space in the museum is taken up by the collection, artfully placed mirrors in some galleries give the illusion of more space.

The house(s) was left to the British nation by Sir John when he died in 1837 at the age of 84. Wisely, with the gift he included the stipulation that nothing in the house be changed and today it remains much as it was in his lifetime.

Although you’ll only see a small part of the eclectic collection, it’s size is staggering: 30,000 architectural drawings, almost 7,000 historical volumes, 300+ pieces of furniture, Peruvian pottery, stained glass, 44 models of the Bank of England alone. Many of the rooms in the small museum are filled to the brim, every wall covered with Soane’s great collection of items from all over the world. In the Picture Room there are even panels covered with paintings that unfold to reveal more paintings behind them. Given Sir John’s reputation as an architect, it’s not too surprising that an atrium rises from the basement to the roof, with galleries on each floor illuminated by a glass dome.

I walked through the narrow aisles very carefully, afraid to bump into anything in the massive collection. There were only about a dozen visitors in the Soane when I was there and we were outnumbered by staff that stood in every room, even in some rooms that were not much larger than a walk-in closet. 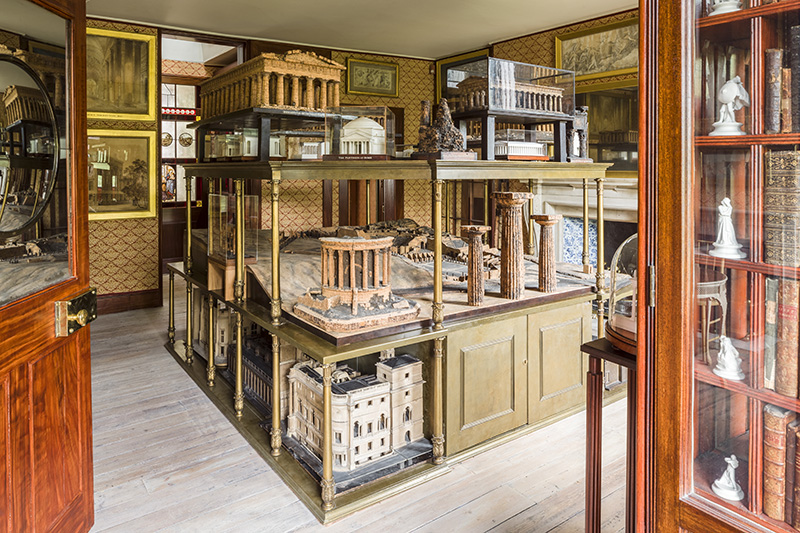 The Model Room in the museum / photo: Gareth Gardner

One of Sir John Soane’s final additions to this small London museum before his death was the Model Room in the museum’s Private Apartments. It contains cork and plaster architectural models of some of the most famous monuments of the ancient world, almost a Grand Tour in miniature. 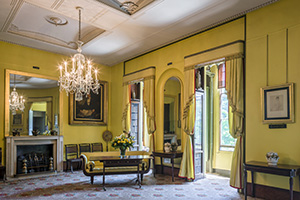 The South Drawing Room in the Sir John Sloane’s Museum

The temples and monuments were seen by Soane on his Grand Tour of Europe, then considered a rite of passage among British elite. Soane financed the tour with the prize he had won, at age 23, from the Royal Academy for his design of a Classical Triumphal Bridge. You can view the Model Room only on the museum’s “Highlights and Private Apartments Tour” (which covers the entire Museum) or on one of the volunteer-led Apartments Tours.

The biggest prize in Soane’s home, however, is in the basement, which he designed to have the atmosphere of a Roman burial chamber. Ironically, though, the large sarcophagus it contains is not that of a Roman, but of an Egyptian, King Seti who lived about 1300 BC. Sir John purchased the treasure after the British Museum turned it down, believing the £2,000 price was too high. When he was finally able to bring it to his house he celebrated the occasion with three evening parties to which nearly 1,000 people were invited.

I didn’t really know what to expect before I visited the Soane, and several areas were closed off. On my next trip to London, though, I’m certainly going back – perhaps during the candlelight tour (see below) to delve deeper into the collection of this wonderful small London museum. You’ll find parts of it beautiful, some are peculiar, but all mesmerizing.

The museum is reached via the Holborn Station of the Underground and is open Tuesday to Saturday, 10am-5pm.  Admission is free, as are many other things to do in London. It also hosts a museum tour each Saturday at 11.00am. Admission is on a first-come basis with tickets (cost £5) going on sale at 10.30am.

The Museum is also lit by candlelight on the first Tuesday of each month, between 6 and 9pm (last entry 8:00pm).  The event is extremely popular, and since the queue generally builds up from around 5pm, it’s recommended you arrive as early as possible.