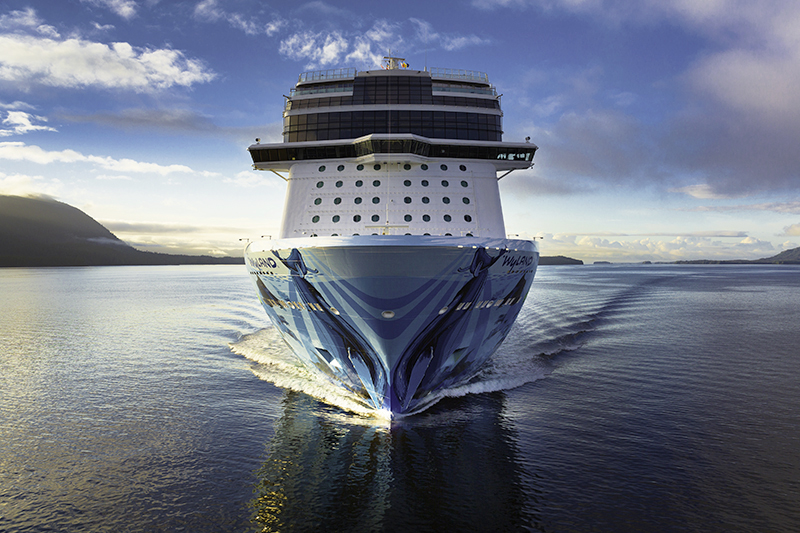 Cruising gains in popularity every year and the sound of passengers toting their rollerboards (you know, those popular small rolling suitcases,) up a ramp is music to the ears of cruise management. 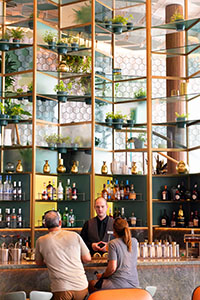 The result? An exciting roll-out of new vessels: Carnival, Holland America, Princess, Celebrity, and Norwegian are among the cruise lines introducing new ships for the New Year, and each offers modern touches to the industry. It appears to be an ideal time since travel experts claim 2019 will be a banner year for multi-generational travel.

The amenities and choices are mind-boggling, and while new options are designed to entertain travelers of all ages, they aren’t representative of your mom and dad’s cruise vacation decades ago.

Yes, guests can still dine in the dining room, and then see a show in the theater. There’s bingo, a boat drill, a cocktail reception, shopping talks, and a Lido deck. But today’s programming might include a book club, discussions of how to use your computer or smartphone, health lectures, financial talks and more classes representative of the 21st century.

Décor on today’s vessels is simple and comfortable, attractive and user-friendly. No glitz and chairs that send you to a chiropractor. Comfort was apparently on the mind of the designer.

New riverboats are also scheduled to debut this year, but here’s a look a four of the most popular new ocean vessels. 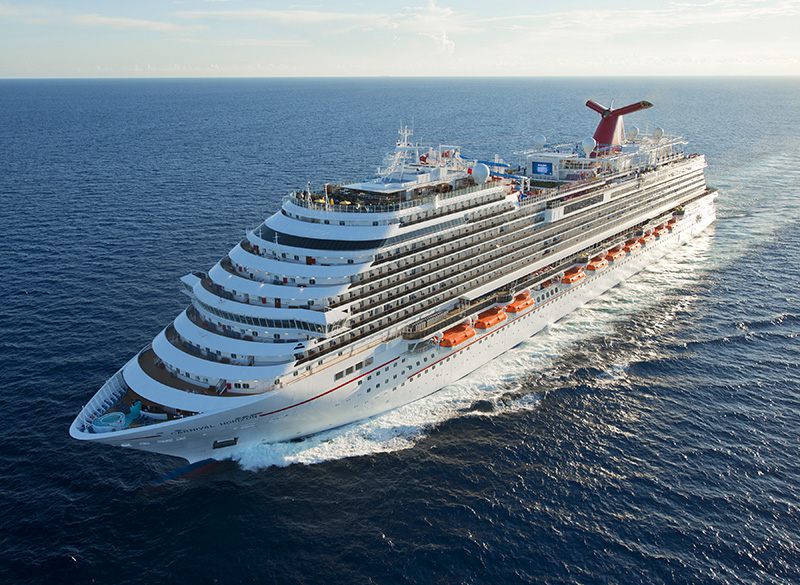 Carnival Horizon is the popular line’s most recent offering, and she is big and beautiful at almost 134, 000 gross tons, carrying upward of 4,000 passengers on 14 decks. The ship has 25 lounges, ten dining venues (including those offering specialties from noted chef Guy Fiery at his Pig and Anchor Bar-B-Que Smokehouse and Brew House with its smoker and many craft beers.) The Carnival Horizon offers three swimming pools, and its Serenity Area is one of the best at sea.

Other ship features include a Sky Ride, Ropes Course, Waterworks, and Camp Ocean for children. Family cabins fill up fast. And while shopping aboard a cruise ship has always been popular, a Victoria’s Secret shop is among the offerings on board, unique to Carnival ships.

The ship is homeported at Port Miami and offer six- and eight-day itineraries to the Caribbean.

Carnival Horizon’s elevators alone offer a “gotcha” moment since they eliminate the need to push buttons once inside the car.

Passengers pick a floor from a keyboard outside the cars themselves and are assigned an elevator with a matching letter designation. If you are technologically challenged, it may take you a couple of rides to get the hang of it (and many passengers suffer the same problem the first day of the cruise), but it is an exciting and smooth-operation. Actually, they’re pretty amazing. 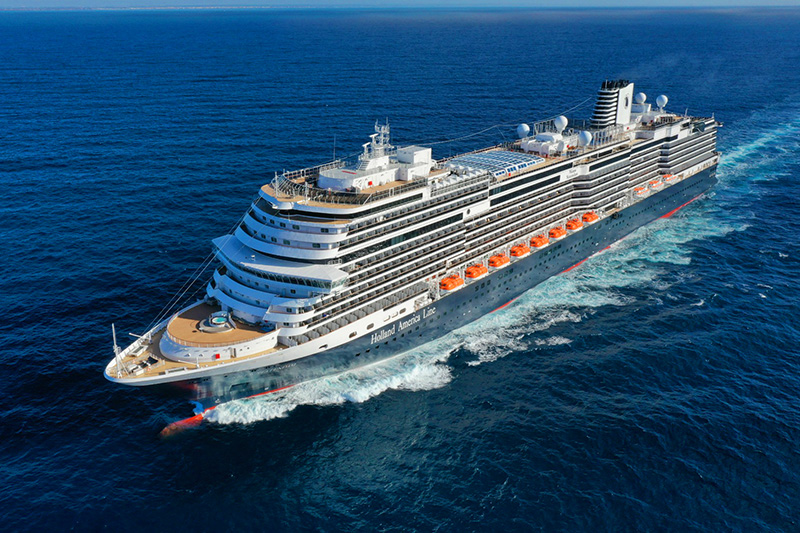 The new vessel is the sixth bearing the Statendam name. (The fifth ship to carry the Statendam name launched in 1993 and served the line until 2015 when it was transferred to sister cruise line P&O Cruises Australia, where it sails today as Pacific Eden. I sailed on the inaugural some 25 years ago.) She was a beautiful ship, but this one is magnificent.

At just about 100,000 gross tons and capable of carrying 2,666 passengers she is HAL’s second Pinnacle Class ship. The traditional Dutch theme of maritime history – charts and maps, etc. – Delftware, and more, are not in evidence on the new vessel.

The ship’s theme is music, with decks named Mozart, Schubert, and photos of memorable artists dot the walls. I found five of my fives hanging together – the Beatles and Leonard Cohen – and music-flavored art seems to be wherever you look.

The innovative Music Walk on Holland America Line ships offers a variety of musical experiences and genres to create a live experience. Unlike any other musical venues at sea, music choices range from the thumping rock in Rolling Stone Rock Club on Nieuw Statendam and Koningsdam, on along the Music Walk to include Lincoln Center Stage, Billboard Onboard and B.B. King’s Blues Club. Venues perform through the day offering this great variety of musical experience.

Holland America Line’s Nieuw Statendam debuted late in 2018. Club Orange was introduced on the new cruise ship and will be instituted fleet-wide this year.

Holland American Line was founded close to 150 years ago in the Netherlands. The color orange is an homage to the line’s history and the color of the Royal Family,

“Club Orange allows guests to add extra premium benefits and luxury amenities to their cruise for a great value,” said Orlando Ashford, president of Holland America Line. “One of the reasons people choose Holland America Line is because of the quality of what we offer — the best food at sea, the most authentic live entertainment and our award-winning service — and Club Orange is another way for guests to enhance their cruise experience.”

The benefits and amenities are included for Pinnacle and Neptune Suite guests and are available to a smaller amount of guests for $50 a day. The concierge service includes priority boarding and disembarkation, restaurant and tour information and dining in Club Orange. 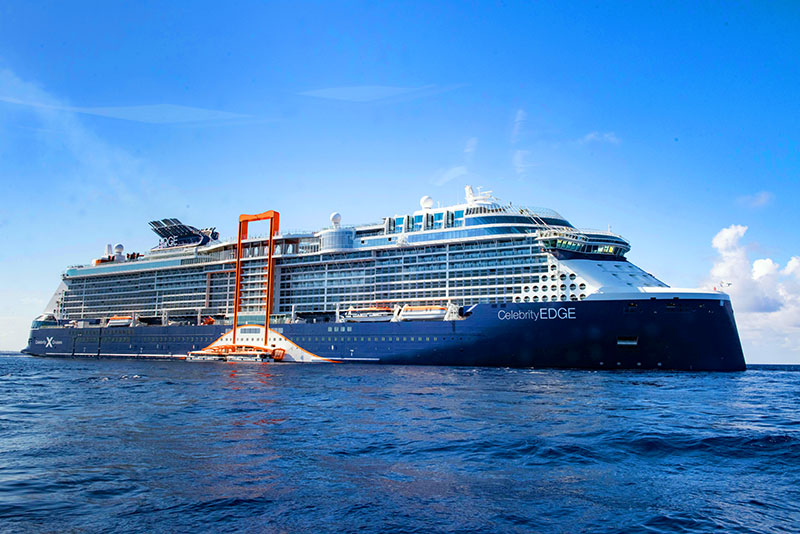 From its home port at PortEverglades in Fort Lauderdale or PortMiami, Celebrity Edge is offering seven-day Eastern Caribbean itineraries in this, its first season of operation. This new cruise ship will relocate to the Mediterranean in the spring with itineraries running from seven to 11 days. The brand new vessel also offers Alaska sailings.

Celebrity is a Royal Caribbean Cruise Line vessel, the first of four in the new Edge Class due to debut in the next three years. The line was formerly the Greek-owned Chandris Line and joined RCCL in 1997.

The Magic Carpet is a case in point: This technological marvel is a moving platform rising to 14 decks above the sea, and offering a lounge and entertainment venue when raised or lowered. The new outward facing design brings the ocean closer. 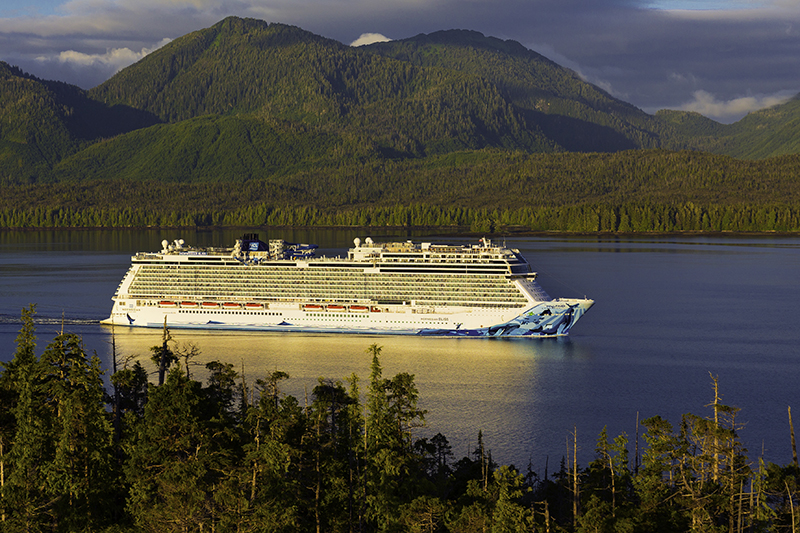 Norwegian Bliss is another biggie – guests can number more than 4,000 – and at 168,000 gross tons, its size and itineraries have made it an instant family favorite. Consider a laser tag game, water Slide Park, Go-Kart track and more that plays well with the popular multi-generational travel trend.

And the sprawling observation lounge at the front of the ship provides some of the most beautiful views in cruising while offering that much sought after quiet place for more mature guests.

A large two-level race track at sea allows guests to test their driving skills while on the ocean, and there’s music in the night when the outstanding musical Jersey Boys takes the stage offering such classic hits as “Can’t Take My Eyes Off Of You” and “Big Girls Don’t Cry.”

This new cruise ship sports three dining rooms, a buffet and several casual eateries throughout the vessel. Norwegian Bliss will sail to Alaska, through the Caribbean and Panama Canal, and to the Mexican Riviera.