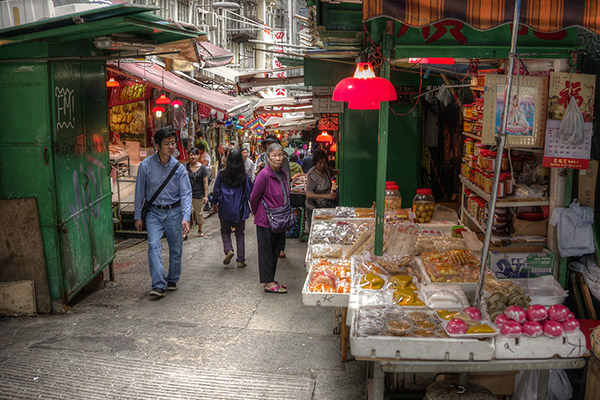 Hong Kong may not hold the mystique of being the entrance to the mysterious Orient that it once did, but it’s still a wonderful destination for those looking for good shopping, some outstanding hotels, wonderful food, and a great mix of cultures. Here’s a primer for first-timers….

Hong Kong, the gateway to Asia, has long had a tremendous appeal to travelers.

With a reputation as a popular shopper’s paradise and financial center, it’s ideal for those looking for fine hotels and cuisine. And its mix of cultures, which has resulted in it being called a place where “East meets West,” and “Asia’s World City,” continues to ensure its popularity as a something-for-everyone tourist destination. 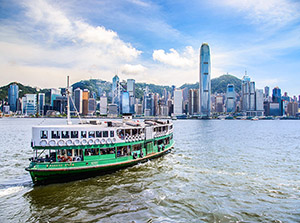 Cruising, a relatively new travel experience for Asians, has made great strides in the region.

Cruise experts predict 7 million cruise passengers will visit the Asian continent by 2020 – and Hong Kong is the largest home cruise port in Asia. Its airport, Hong Kong International Airport, has long been one of the busiest in the world in both passenger and cargo business.

If you’re planning your first-time visit to Hong Kong, perhaps I can help.

First-timers should know that although the city has a long history as a Chinese community,  Hong Kong’s 7 million current  residents actually come from all around the globe. Nevertheless, today more than 90% of the city’s residents have Chinese origins dating way, way back, a fact supported by archeological records showing humans living in the region about 30,000 years ago. 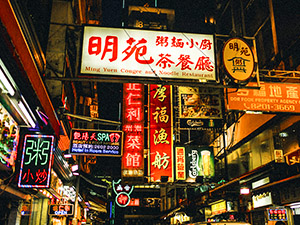 Hong Kong’s name – in Chinese it means “Fragrant Harbor” – is a reference to the supposedly sweet taste of water in the harbor centuries ago. It was controlled by the British in the 19th century, and run by them for about a hundred years until it was reclaimed by China in 1997. Today it is a special administration region of China with a great deal of autonomy.

Some think Hong Kong island is where the first contact between Brits and Chinese fishermen took place early on, at the site where the Pearl River meets the southern coast of China. A Portuguese explorer also stopped by the region in the 16th century and trade between Portugal and China continued until military troubles between the two nations ended and a closed-door policy was put in place.

Photo-Fodder for Your First-Time in Hong Kong

Hong Kong continues to head a list of desired destinations for travelers worldwide. The glorious views you often see of it – with its mountains looming above Victoria Harbor where the Star Ferry shuttles between the “heart” of the city with its iconic colonial architecture and mind-boggling skyscrapers, and Kowloon Island – continues to provide plenty of photo fodder for first-time visitors here. It probably provides more photo ops than a dozen other major cities. 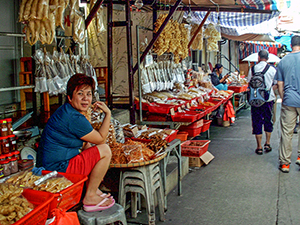 Its highly developed rapid transit system includes everything from trams to buses and ferries. It is considered one of the best in Asia and is tourist-friendly. You’ll find that tram rides up to the Peak are wonderful for photo ops, as well as a few minutes of angst.

A wonderful thing about the city is that it is barrier free for disabled travelers, in many of its hotels and attractions and on its transportation systems.

Another reason for Hong Kong’s popularity is the number of affordable, mid-priced hotels in the mid-$200s price range.

Be sure to stop by the world-famous Peninsula, an iconic hotel that is absolutely charming with its traditional Colonial touches. Even is you don’t opt to stay there, stop by for a drink or traditional English afternoon tea.

The average stay in Hong Kong for first-time visitors, as well as many returning, is three to four days. Many visitors board a cruise ship to further explore ports that might include China, Japan, Taiwan, Thailand or the Philippines, among other itineraries. 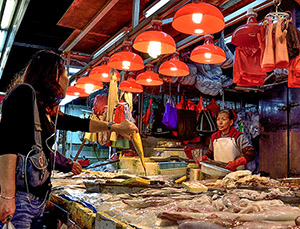 Chinese food is universal – it is found all over the world—and while five-star dining is readily available in Hong Kong, you will also find dim sum, hot pot and fast food all over town. Hong Kong portions are smaller than those in the West and are usually served with rice or noodles. (So practice with chopsticks ahead of time.) Try local specialties including wife cake, herbal tea, shark’s fin, poached chicken and mooncake.

First-time visitors will find that other, more familiar, foods are readily available throughout the city. French, Italian and American offerings are easy to find.

An interesting thing to do is to take a culinary tour and discover unique meals while tasting Chrysanthemum or Jasmine teas.

If this is your first visit to Hong Kong, there’s an awful lot to pack into a few days.

Consider touring some of the most fascinating markets in the world, including the Jade Market, Fish Market, Flower and Bird Markets, the Night Market on Temple Street, (tempting bargain-hunters) and Sheizen Market, across the street. There’s even a market dedicated to goldfish.

You can also learn about Chinese medicine and delicate calligraphy, or the great and graceful exercise, Tai Chi. 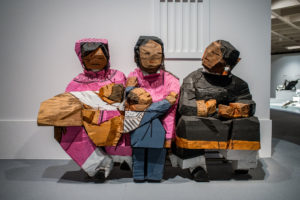 From a historical perspective you can learn of its history under Chinese and British rule, and of its occupation by the Japanese during World War II.

Also tour the architectural wonders of Hong Kong. It has become a vertical city of more than 1,200 skyscrapers, the result of the lack of space on which to build. 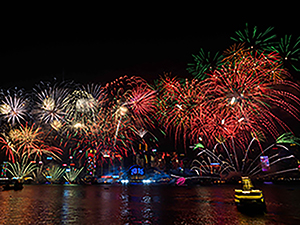 Hong Kong claims to have more buildings taller than 500 feet, than any other city in the world. In fact, in Hong Kong more people purportedly live above the 14th floor than anywhere else.

As a first-time visitor you’ll likely be amazed by the beautiful “Symphony of Lights,” an astounding skyline light show, dubbed the world’s best sound and light show by the Guinness Book of Records.

There are also several excursions that are popular with travelers. One is to board the Ngong Ping Cable car to go to a theme park on Lantau Island, a major day trip up the green mountainside. Another is a walking tour of Kowloon to sample its amazing array of sounds, sights and smells. If you’re a fan of Bruce Lee or martial arts you may enjoy the “Wing Chun” Kung Fu Experience tour.