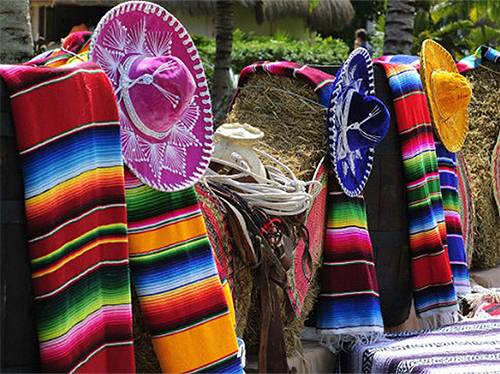 These top 10 places in Mexico are the reason the country continues to be one of the most popular destinations for American tourists. From the sands of its many resorts on the Caribbean and the Pacific, to the cultural bonanza of its cities and states in the interior, Mexico has much to offer the traveler.

The crime situation in several areas of Mexico, primarily along its northern border, has received much coverage in the media in recent years, and with good reason. Because of this violence the U.S. Department of State has had a long-standing advisory on travel to Mexico (you can read the Travel Warning and other information here).

On the other hand, this doesn’t mean that the entire country is unsafe. According to the U.S. Government, millions of U.S. citizens safely visit Mexico each year and about one million Americans live there. Like them, travelers can greatly enhance their safety by using some common sense while traveling in Mexico, or anywhere in the world for that matter.

Mexico is not only beautiful, culturally enriching and easily accessible, it provides a broad range of options for almost any budget. For those travelers who desire to explore, or just relax on its beaches, here are the top tourism destinations in Mexico, as reported by the Mexico Tourism Board. 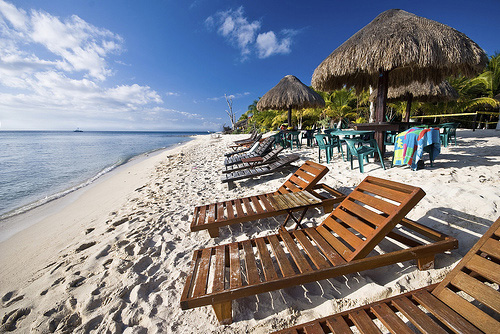 If you’re looking for sun and beach, look no further – Cancun is consistently ranked number one time and again by Orbitz and Travelocity as America’s choice in international vacation destinations. Cancun and the neighboring treasures of Holbox, Isla Mujeres, Cozumel, Isla Contoy, and the small, fisherman village of Puerto Morelos each year welcome over 3 million visitors. In the state of Quintana Roo almost everything focuses on water activities, including jet skiing, snorkeling and scuba diving, the latter along the Mesoamerican Barrier Reef System, the second longest in the world. While the beach and hotel pools are the major draws to the Cancun and Riviera Maya regions, travelers also lured by attractions such as the Under Water Museum; the area’s culinary, nightlife and shopping experiences; and the popular archeological sites of Tulum, Chichen Itza and Cobá. 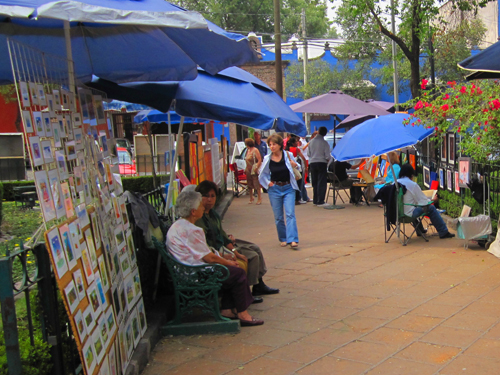 With its reputation for art, culture, shopping, recreation and cuisine, Mexico City attracts more than 12 million visitors every year. The city enjoys a lively and diverse cultural lifestyle, with much to discover in its many historic buildings, museums, food and craft markets and art galleries. It is home to world-class hotels, convention and meeting facilities, restaurants, and performance venues, including the Zócalo square, Chapultepec Park, more than 100 museums. Popular attractions include the colonial neighborhoods of San Ángel and Coyoacán, and the nearby archaeological zone of Teotihuacan, which is a UNESCO World Heritage site in addition to the city’s historical centre, as well as the lakeside area of Xochimilco. Mexico’s capital city boasts a year-round calendar of performing arts, music, dance, film festivals, art exhibitions, and business fairs and expositions. 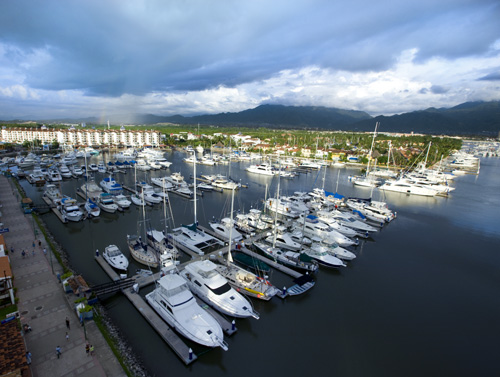 Puerto Vallarta is one of the major resort destinations of Mexico, especially with American and Canadian travelers. While many only associate Puerto Vallarta with sun and beach, the city is also home to one of the most dynamic art scenes in Mexico with the Galería Dante and Galería Pacífico featuring traditional and contemporary art and sculptures. The city is also popular for its diverse selection of places to eat, ranging from beachside taco stands to upscale restaurants with panoramic views of the bay. Riviera Nayarit, an area that has been a high priority for commercial developers and hoteliers in the past few decades, is located about fifteen minutes from PV’s airport. The area includes the ultra-exclusive Punta Mita with some of the most high-end hotels in Mexico, as well as the resort town of Rincón de Guayabitos. 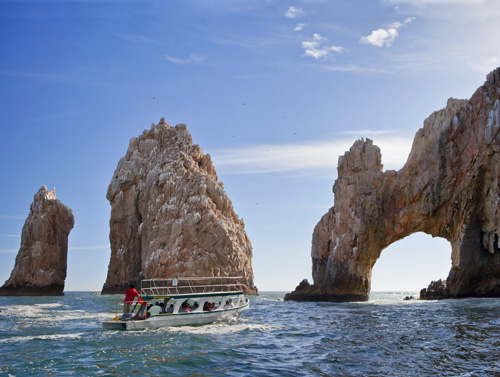 Known for its natural features and blazing temperature, Baja California Sur is Mexico’s melding of desert and ocean. Located at the tip of the Baja Peninsula, Los Cabos is easily accessible by plane, which is why it’s a favorite destination for many American travelers, especially those from the west coast of the USA. Its location, with the Sea of Cortes on one side and the Pacific Ocean on the other, gives one a sense of being on an “island-like” sanctuary. The area has several high-end resorts and spas, beautiful beaches, and near-impeccable year-round weather. La Paz, the capital of Baja California Sur, is more of a commercial and cultural center than a vacation destination, although it does attract eco-tourists looking to enjoy La Paz’s marine wonders and aquatic activities. It is home to the Museo de Antropología e Historia and La Ruta de las Misiones.

Read More: read more about Baja and the Sea of Cortez 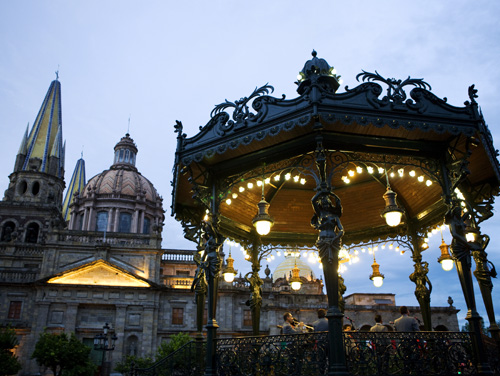 Guadalajara and Tequila in Jalisco

Mexico’s State of Jalisco, home to mariachi music and tequila, provides a strong taste of Mexican culture. Guadalajara is considered to be the cultural center of Western Mexico and the city’s famous historic downtown is home to Plaza de Armas, The Metropolitan Cathedral and The Rotonda de los Hombres Ilustres, among several other museums and historical sites including Hospicio Cabañias, a UNESCO World Heritage site. Travelers also enjoy the city’s music culture, ranging from sidewalk Mariachi bands to the Philharmonic Orchestra of Jalisco. Also in Jalisco is the town of Tequila and its surrounding agave fields, listed as a World Heritage Site. Some tourists take the popular Tequila Express and tour tequila country, seeing a number of haciendas and stopping for a tasting along the way. 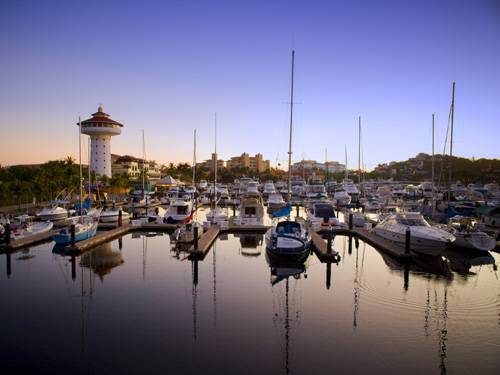 A resort town approximately 150 miles north of Acapulco, the bayside city of Zihuatanejo and the nearby modern resort of Ixtapa make up the third most visited tourist destination in Mexico after Cancun and Puerto Vallarta, especially for sports fishermen. Once a sleepy fishing village, Zihuatanejo gained international popularity in the 1970s after the Mexican Government built the nearby resort of Ixtapa with the aim of establishing a Cancun-like resort on the country’s Pacific coast. Easily accessible to travelers by way of Ixtapa-Zihuatanejo International airport, Zihuatanejo continues to be popular with tourists because of its homegrown feel and overall charm. It’s is only about five minutes away from the beach resorts of Ixtapa, home to two world-class golf courses. 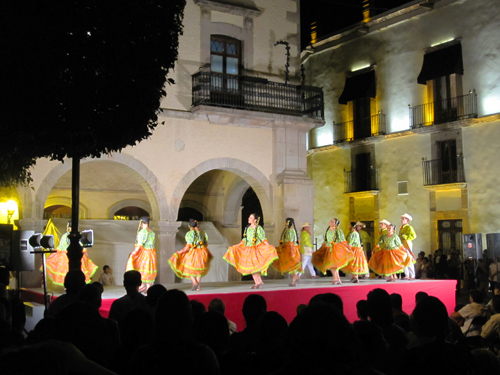 While many tourists think to go coastal for a Mexican vacation, central Mexico offers a great cultural experience. Guanajuato City, the capital of the state located in the mountains, attracts many tourists with its museum hopping and mine tours, both inside and outside the city (in fact, mining is what made the city prosperous). Querétaro boasts a bustling arts and music scene, and its old section is a wonderful place to explore on foot. San Miguel de Allende is recognized as a popular cultural center in central Mexico, and is home to many ex-pats from the USA and Canada. Tourists can tour numerous art schools and historic buildings in the city, which is only 170 miles northwest of Mexico, including the Casa de Allende Museum and the home of Ignacio Allende. All three of the cities are UNESCO World Heritage Sites. 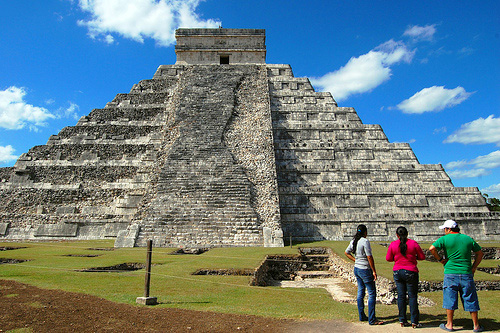 Most famously known for its historical and archeological sites, the state of Yucatan draws tourists who want to explore the Mayan culture of Mexico. Mérida, the capital of Yucatan and nicknamed “The White City,” is the point of departure for all Mayan routes to the nearby sites of Chichen Itza (a UNESCO World Heritage Site that is home of the famous Kukulkan Mayan Pyramid), Ek Balam, and Mayapan. While the ruins at Uxmal, also a World Heritage Site, may be less impressive than those at Chichen Itza, they reveal a different, more detailed architectural style many travelers find to be worth the trip. Many travelers also come to the region to experience Yucatecan food, known for its own distinct style and Mayan influences. 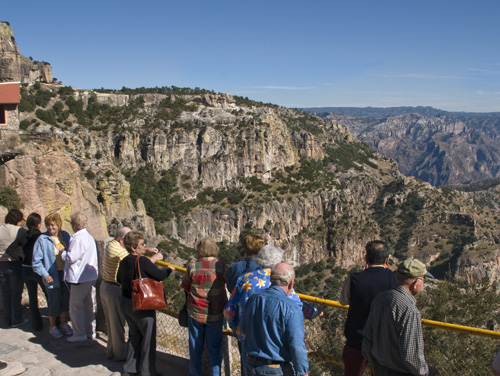 Named for its copper green coloring, the Copper Canyon is located in the state of Chihuahua and lures many travelers who want to experience the Chihuahua al Pacífico train (commonly known to tourists as the Copper Canyon Railway), which runs through 390 miles of the canyons. The journey takes 14 hours and the experience is enhanced with breathtaking views and scenery. Another tourist attraction is the 807-feet tall Basaseachic Falls, the second-highest waterfall in Mexico. Nature lovers and eco-tourists enjoy hiking, camping and bird watching in the area, which is still home to the Rarámuris and Tarahumaras, indigenous peoples who live in the mountains. 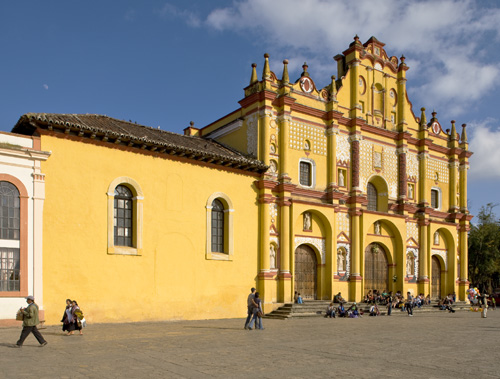 San Cristobal de las Casas, a city of over 200,000 inhabitants, is the cultural capital of Chiapas. The city has preserved its century-old houses, cobbled streets and colonial buildings, the most central being the main plaza or the Zócalo, around which tourists find local peoples selling handmade crafts and textiles in open-air markets. Surrounded by dozens of Tzotzil and Tzeltal villages San Cristobal is one the most deeply rooted indigenous areas in the country and a central starting point for exploration of Chiapas, the southern-most state in Mexico.