Dutch airline KLM is replacing one of its daily flights between Amsterdam Schiphol airport and Brussels with a high-speed train service, swapping one flight for seat capacity onboard a Thalys train. Passengers have been promised the option will match the service they would receive traveling by plane…  The Independent (UK)

Safest Cities In The World

To determine which places offer the most peace of mind, the Economist Intelligence Unit recently released its Safe Cities Index for 2019, ranking 60 urban outposts around the world for digital security, health security, infrastructure, and personal security. The list of global strongholds leans heavily toward destinations with high average incomes…  Lonely Planet 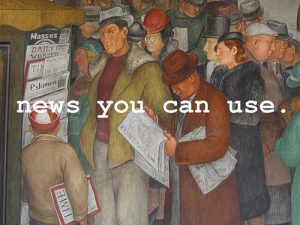 Best Time To Book 2019 Holiday Flights According To Experts

The holiday season is one of the busiest and most popular times to travel with people wanting to get home to family or go on a spectacular vacation with their time off. Experts say it’s also one of the most expensive times to travel and that waiting for the best price can actually come back to hurt you….  Travel + Leisure

United Airlines’ ConnectionSaver tool, released in June 2019, has already proven its value to the company and its customers in under three months’ time. To date, the product has helped United to save the connections of about 40,000 passengers, with it having been mere weeks since the app was expanded to serve all of United’s domestic hubs…  Travel Pulse

People come from all over the world to get hitched in Sin City. After you’ve said ‘I do’ at one of Las Vegas’ vintage wedding chapels – or if you’re simply in the mood for a romantic weekend – check into one of these hotels. Whether they evoke the magic of Venice, specialize in couples’ spa treatments or just offer a quiet and sophisticated (read: child-free) setting…  The Telegraph (UK)