Hostels are the best way to travel cheaply all over the world. Here are some tips if you’ve never stayed in one, or worse, have the wrong idea of what a hostel is like. In the most general terms, a hostel is just like a hotel, except you usually have to share a bathroom…  The New York Times

Starting June 17, visitors from the U.S., Canada, Australia, and Japan will no longer need visas to enter the South American country. Currently, travelers from the United States need to apply online or at a Brazilian embassy and pay $40 (plus a $4.24 service fee) for a tourist visa…. Afar 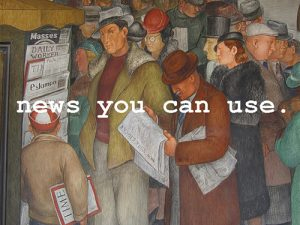 The Mysterious World Of British Food

If British food has come in for a bit of mockery over the years, it isn’t because the recipes are wrong, it’s because they’re misunderstood. None of it really makes sense to the casual observer. But that’s just one of the things that makes British cuisine so special…. CNN

Today’s vacation deprived workers aren’t necessarily against the idea of having a vacation — far from it. But many are looking for a time-efficient solution that lets them get away and also shields them from the fear of work piling up when they get back…. Travel + Leisure

Amsterdam is banning all tours of its red light district from 2020. “We do not consider it appropriate for tourists to leer at sex workers,” said Deputy Mayor Udo Kock. The Netherlands capital is also capping the number of people allowed on guided tours of the city’s medieval centre…. Independent Newspaper