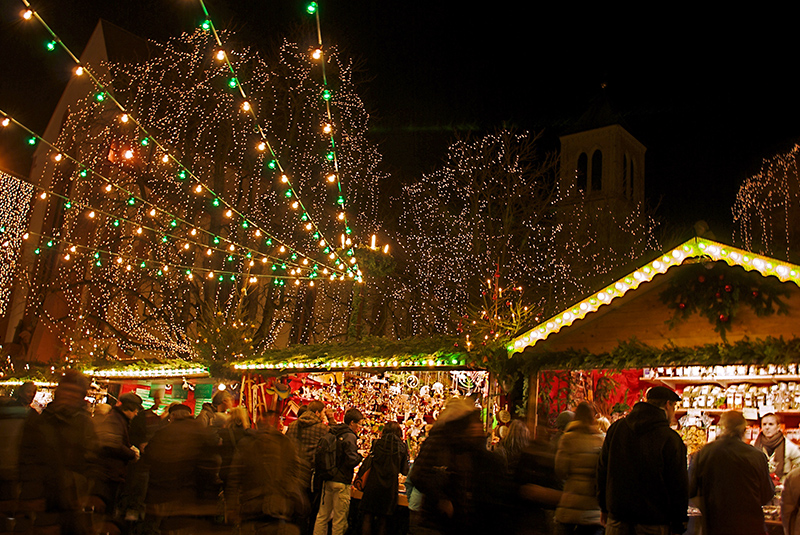 Christmas markets in Germany, known locally as Christkindlmarkts or Weihnachtsmarkts, have become quite popular with travelers over the past several years. 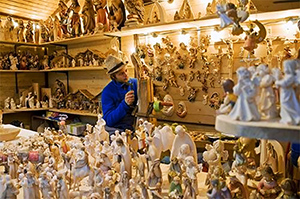 A woodcarver at the Christmas market in Freiburg / photo: Visit Freiburg

Many Germans, of course, visit them. But visitors from around the world now also seek them out. And river cruises visiting German Christkindlmarkts are in such high demand they usually require booking far in advance.

During the two years I lived in Germany while in the U.S. Army, we found one of the great times of year to be December, a time when we visited Christkindlmarkts.

Today, as then, these German Christmas markets continue to be near-magical places. As if plucked from a Hallmark television movie, they are filled with twinkling lights and market stalls overflowing with Christmas crafts, and local foods, and plenty of warm mulled wine to ward off the seasonal chill. Smoldering firewood and sizzling sausages scatter scents that seem to hang in the air forever, while a dusting of light snow puts the final touches on the enchanted Christmas tableaux. 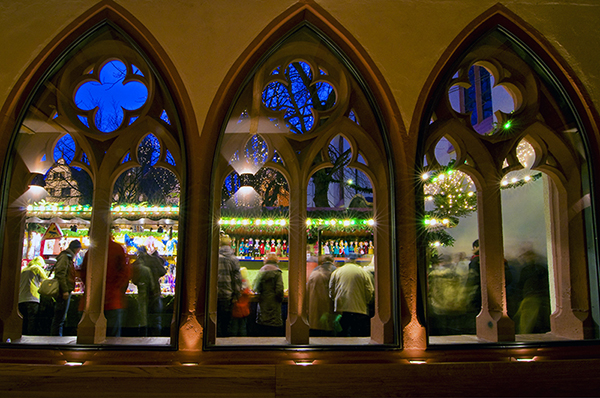 One of the Loveliest Historical Cities in Germany

On the western edge of the Black Forest, Freiburg is only 30 miles from Colmar in the Alsace Region of France, and only a bit over 40 miles from Basel, Switzerland. Regardless of the time of year, its location makes it an excellent place to use as a base for visiting this area of Europe.

An added benefit is that Freiburg is one of the loveliest historic cities in Germany. Founded in 1120, it’s a renowned university town in the heart of the Baden wine-growing region. It’s also a popular gateway for many travelers visiting the Black Forest. 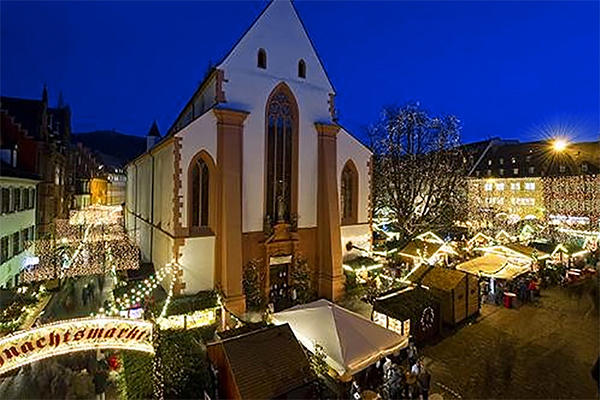 One of the top lures of Freiburg is its medieval Altstadt, the old town, where gabled townhouses line cobbled streets crisscrossed with little brooklets. Created in the 13th century to provide fresh water to the city’s inhabitants, these little brooks are so narrow you can step right over them. But miss your step and, according to local lore, you’ll marry a Freiburger.

Although Freiburg’s old town was destroyed during the war, it was later, thankfully, meticulously reconstructed. Incredibly, the city’s medieval cathedral or Münster, right in the middle of the Altstadt, survived the war intact. It’s a beautiful cathedral, well-known for its 380-foot (116m) Gothic spire that soars above the city.

Construction of the cathedral (in Romanesque style), began around 1200 and continued more than 300 years, before finally being completed in French Gothic style. Step in to see its beautiful main altar by German artist Hans Baldung, considered the most gifted student of Albrecht Dürer. (There’s also a side chapel with an altar by Hans Holbein the Younger).

Outside around the car-free streets of Münsterplatz, you’ll find houses built in several different periods and styles, ranging from Gothic to Rococo. It’s here on Münsterplatz that Freiburg’s annual Christmas Market takes place. During the rest of the year, it’s home to a sizeable outdoor farmer- and craft-market, weekly Monday through Saturday. 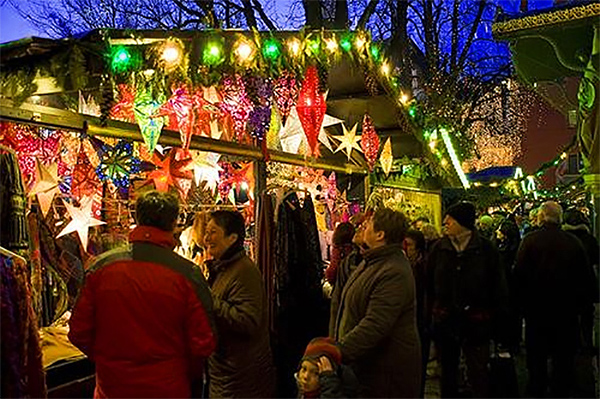 This year Freiburg’s Christkindlmarkt will be held November 25 – December 23. As always, there will be plenty of locally handmade arts and crafts and regional food offered in more than 130 stalls.

The art at this German Christmas market ranges from ceramics and amber jewelry to Christmas decorations, designer candles, and more. Some of it is made on-site in the market stalls, so you can see something being created before you purchase it. 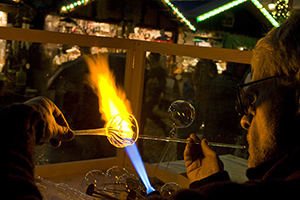 As do many travelers, in every Christkindlmarkt I’ve always enjoyed the handmade Christmas decorations. Since Freiburg is in the Black Forest region, an area renowned for its superb woodworking, you just may find something extra special to bring back home.

If you want to be more creative, visit the candle workshop on Franziskanerstraße. There you’ll be able to make your own Christmas candles or have the candlemaker produce one especially for you. It’s also a fun thing to do in a group.

For something more food-oriented, a Christmas bakery on the Kartoffelmarkt will provide kids and their parents the opportunity to bake their own Christmas cookies, under the baker’s supervision. Back in the market, a local glassblower will give demonstrations for everyone and, perhaps, even give children a try.

As at any Christkindlmarkt, food and drink are always in demand. You’ll find a profusion of gingerbread, cookies, and wurst, as well as plenty of punches and mulled wine, all from local producers.

From a religious perspective, at 5:30 pm, you may want to join the daily advent church service in the St. Martins Church on the nearby Rathausplatz. Don’t miss the life-sized wooden carvings of the nativity in front of the church.