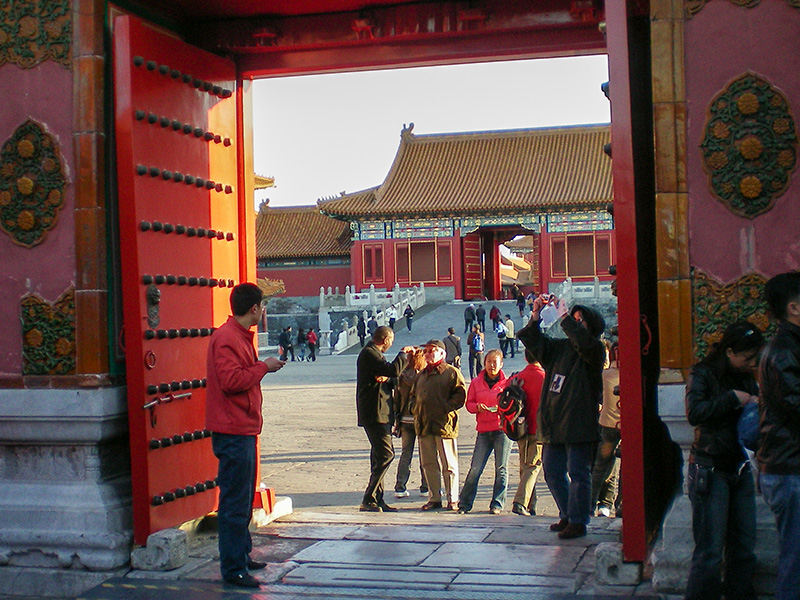 Inside the Forbidden City, Beijing

China continues to rate high on the wish list of many and one of the top spots of interest to travelers headed to the Middle Kingdom continues to be Beijing. And the first-time visitor will find man interesting things to do in Beijing.

But with all of the advances taking place in modern-day China, especially the bulldozing of swaths of the old city to make room for the new, much of Beijing of yesteryear continues to disappear. In fact, things are moving so quickly that some guidebooks can be out of date as soon as they’re published.

If you’re going to Beijing be aware that two things can hinder your travel about the city. One is the incredible pollution that ruins views and can carry some serious health risks, although it is getting better as the government attempts to control it.

The other is the rise of China’s middle class, which has greatly spurred domestic tourism.

All over Beijing you now encounter large Chinese tour groups (with participants often wearing matching baseball caps) arriving en masse at many of the major sites and slowing things down for the rest of us.

While I can’t alleviate the crowds of tourists (although you may want to visit some sites in the afternoon to avoid the morning rush), I can make recommendations on some of the top sites to focus on during a few days in Beijing – something that’s particularly relevant for independent travelers, especially those with limited time.

These should be at the top of your list. 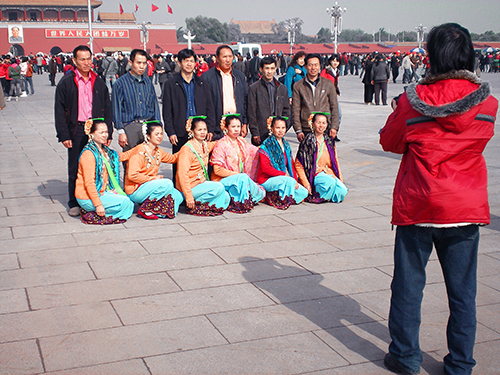 A Top Place to Visit in Beijing: Tiananmen Square

Tian’an Men Square, often now written as Tiananmen Square, is at the heart of Chinese history.  It’s the largest public square in the world, likely the reason that Mao chose it as the place to publically proclaim the founding of the People’s Republic of China in 1949.

On its north side is the gate, which looks like a long building, from which he made his pronouncement and where a huge portrait of him still hangs from the wall looking southward. Directly behind it is the Forbidden City. 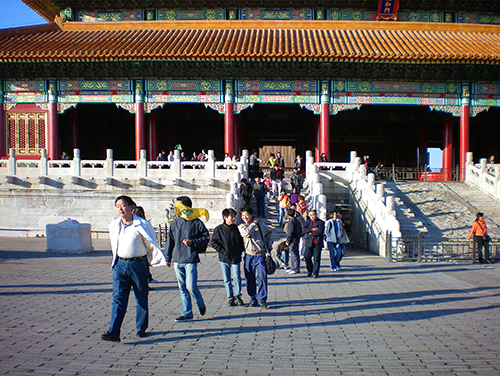 This Imperial Palace compound was the home of 24 emperors from 1420 until 1924. Entry to the Chinese masses was forbidden here, hence the name.

The entire 170-acre complex – surrounded by walls more than 30 feet tall – is the best preserved site of Classical Chinese architecture in the world. 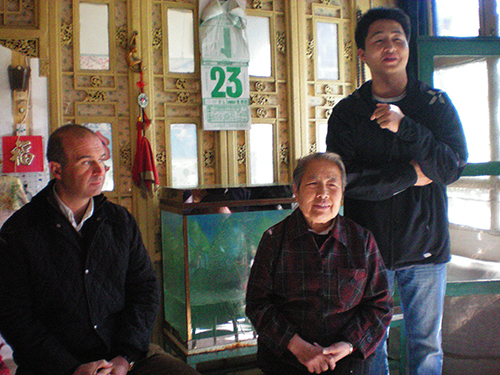 A home visit in a Beijing hutong

The Hutongs are Beijing’s quiet, old traditional residential alleyways. Many were built during the Yuan, Ming, and Qing dynasties and are now endangered as new development continues in the city. Many have already disappeared.

They’re composed of quadrangular homes and courtyards hidden from view by walls with wooden gates, which often have carved characters on them to bring good fortune to the occupants.

Many travelers take a tour of the hutongs by pedicab and then visit a local home. It may seem quite touristy (and it is) but it does give you insights into Chinese life, both past and present. 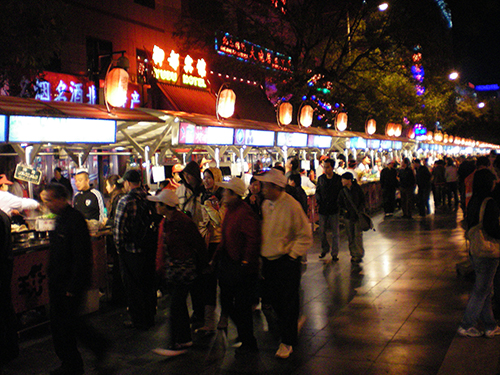 Too few travelers to Beijing go to the Donghuamen Night Market but I guarantee you’ll be mesmerized by this raucous outdoor market.

A block or so from the Cartier and Gucci shops on Wangfujing Street, the Night Market is comprised of a long line of little stands selling the more exotic foods of China: starfish, fried silkworms, grilled sheep penis, sea snake, fried scorpions, etc.

You’ll also find plenty of tame eats, of course – corn and various fruits stacked high on bamboo skewers, chicken, pork, beef and giant prawns grilled on the spot, as well as plenty of vegetables and rice. If it all turns you off you’ll find a McDonalds about a block away. 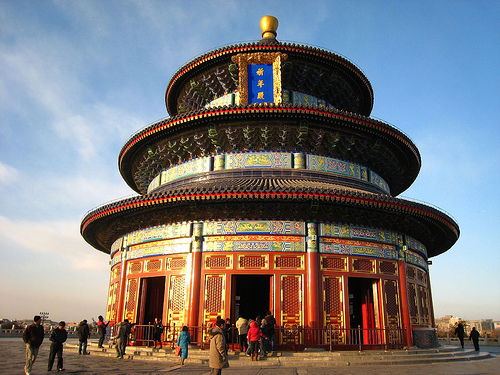 A sequence of temples and altars set in a park, the Temple of Heaven is one of the largest temple complexes in the country. Twice a year the Emperor and his entourage of ministers, courtiers and eunuchs would come to the Temple to intercede with the gods on behalf of their people. It’s a magnificent building that was built without nails.

In the nearby Teahouse you can see a Chinese tea ceremony, and outside the complex, in Tiantan Park, you’ll find locals practicing the graceful moves of tai ji quan early in the day. It’s at its most colorful on Sunday mornings.

One of the Most Popular Sites: the Summer Palace

A huge park complete with gardens, temples, pavilions and a huge lake on which you can take a dragon-boat ride, the Summer Palace was where during the Ming and Qing dynasties the Emperor and his household came to escape the heat of the Beijing summer.

One of the things that it’s most famous for is its outdoor covered walkway that is decorated with 8,000 paintings, many depicting sights the Emperor had seen in his travels around the country during pre-camera days in China. 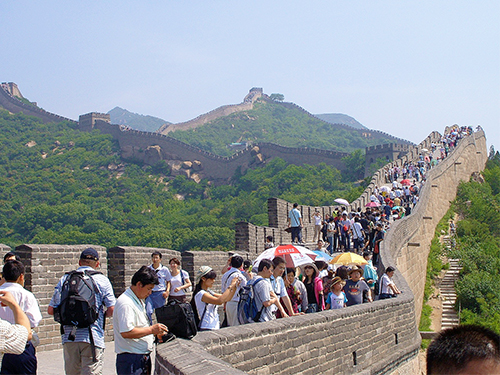 Although it’s not in the city, it would be a mistake to visit China without visiting the Great Wall, the longest wall in the world. Built more than 2000 years ago to protect China from invading armies, its 13,170 miles of stone and pounded earth carry it across 15 provinces.

There are several sections you can visit from Beijing (it’s best to check with your hotel to see which is best for you due to time constraints, cost, etc.) and no matter which you choose you’ll still have to run a gauntlet of vendors selling every souvenir imaginable. At least they’re prohibited from touting their wares up on the Wall itself, where you can walk in peace atop this wonder of the world. Just bring sturdy shoes.