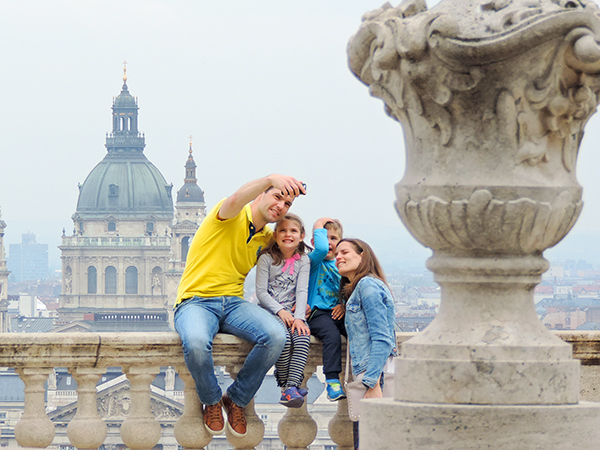 The view from the terrace of the Hungarian National Gallery

There are many things to do in Budapest, an amazing and charming Old World city, the most stunning on the Danube. It’s a beautiful place shaped by history that offers travelers a multitude of great experiences. Here are 10 best to enjoy…

Budapest, Vienna, and Prague are magnificent cities, all shaped by the Habsburg Empire.

But it’s the Hungarian capital that many consider the most stunning of the troika, thanks to its grand scale and picturesque location. You only need to stand high atop a hill on the Buda side and take in that beautiful view of the Danube to see why.

Budapest is a beautiful Old World city that oozes charm. Walk along its avenues and you’re surrounded by turn-of-the-century architecture, cozy cafés tucked away on cobbled streets, and wonderful music and art.

It’s also a layer cake of history, stretching back through the Soviet-era oppression, to the Habsburgs, the Turks, the Romans and the Celts. They’ve all left their imprint on the city, making it the fascinating place it is today.

There are a lot of things to do and enjoy in Budapest, more than one could ever cram into a two- or three-day visit. But even though many will find a short stay inevitable, there is still time to see the best of Budapest, even though you’ll likely wish you could linger much longer.

Regardless of the duration of your stay, here are the top-10 places to enjoy in this beautiful city. 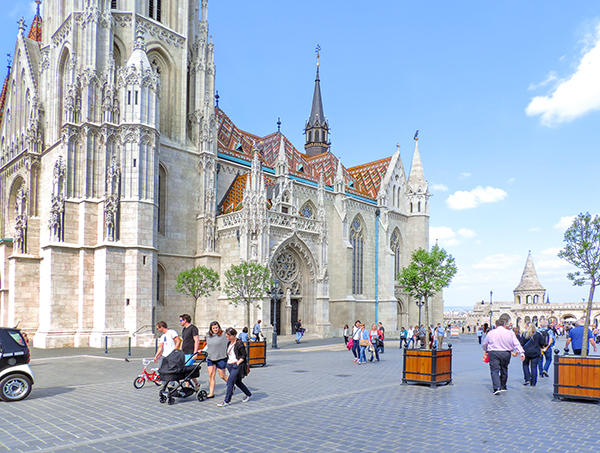 One of the Top Things to do in Budapest: Visit Mátyás Church

Be sure to visit the beautiful and historic Mátyás Church, know locally as the Church of Our Lady. It’s one of my personal best things to do in Budapest. Mátyás is a redesigned Neo-Baroque Church with a multi-colored tile roof. The church sits on a Gothic foundation.

It’s one of the most important churches in the city and the place where many of Hungary’s kings were crowned, and where royal weddings and christenings were held. It’s located near the Fishermen’s Bastion on the Buda side of the city. 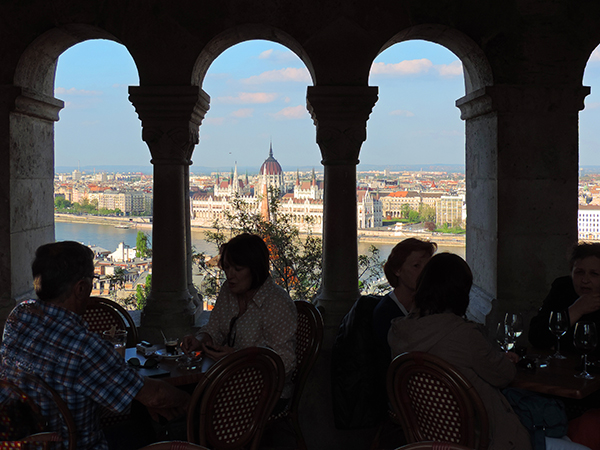 Although the Mátyás Church is historically more important, a majority of tourists bypass it and head instead to the adjacent Neo-Romanesque Fishermen’s Bastion, one of the most popular places in the city. The reason is that the Bastion – a fortification on the old city walls named for the fishermen who defended the castle from that position – offers the best, and most spectacular, views of the city.

It’s a good place to start a tour since it provides a great panorama of the city, giving you the opportunity to get a good sense of where you’ll be heading. The views are spectacular at sunset. 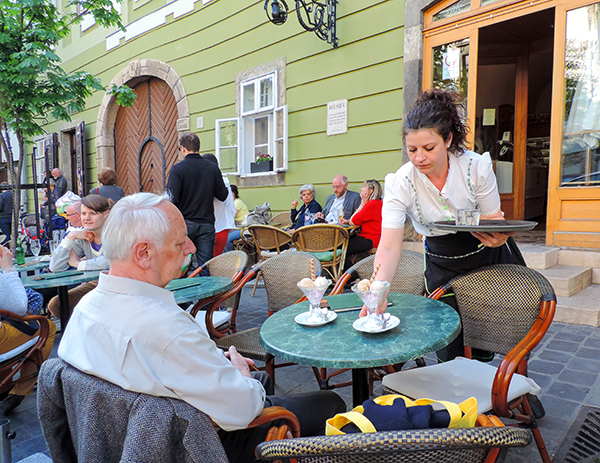 On the western, hilly side of the Danube, the Castle District provides the best views of Budapest and the river. Like Mátyás Church, most people bypass it completely to see Fishermen’s Bastion, not realizing that it’s a lovely area with a unique ambiance.

It also has some of the best restaurants in the city. Leave time to wander about the neighborhood, perhaps stopping in one of the little cafés for coffee or a glass of wine. 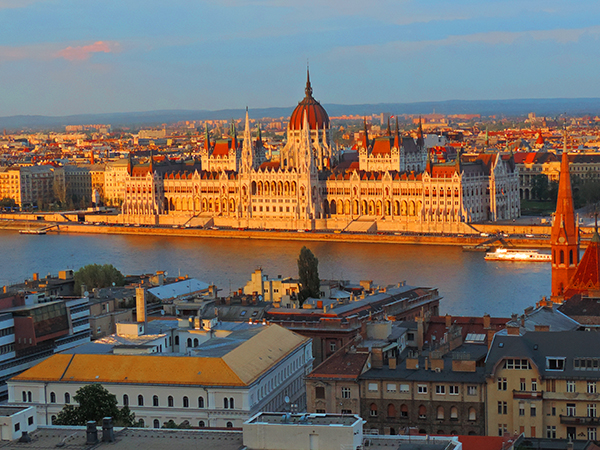 The defining landmark of the city, the Hungarian Parliament building was the largest in the world when completed in 1902. While it’s most often viewed from the Buda side of the Danube, you should take the time to visit it and see it up close. In addition to the expected government faculties, including the National Assembly Hall and the Prime Minister’s Office, the building also contains beautiful works of art and the Crown Jewels of Hungary – the Crown of St. Stephen and the Royal Scepter. 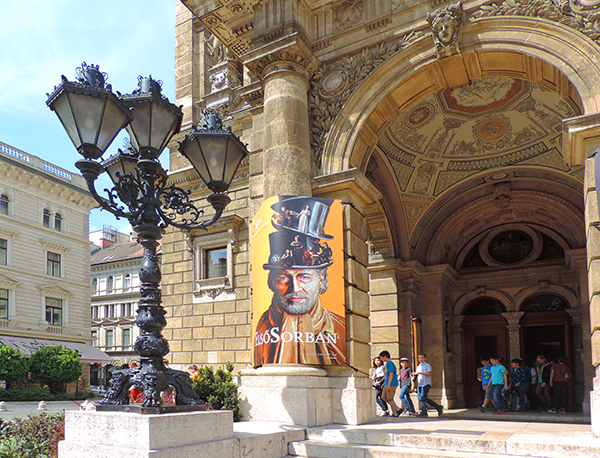 My Top Choice in the City: A Walk Down Andrássy Street

Spening a fw days in the city, I found this to be the best overall thing to do in Budapest. Take a taxi to Heroes’ Square, a UNESCO World Heritage Site and home of the Museum of Fine Arts, and walk back down Andrassy Street towards the Danube.

It’s a beautiful and elegant street peppered with embassies, old mansions and upscale stores that will bring you past or close to many places of interest including the Opera and the House of Terror, the latter a museum that originally was the headquarters of Hungary’s Nazis in WWII, and the Communist terror organization until 1956. Also, be sure to visit the famous art-nouveau bookstore cafe on the second floor of the Paris Department Store at 39 Andrássy. 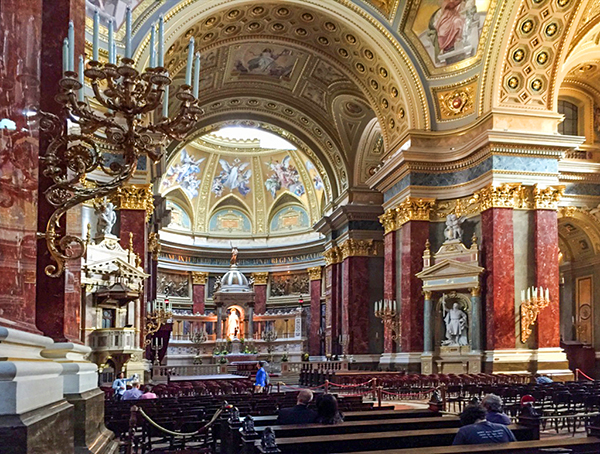 St. Stephen is a lovely late-19th-century basilica named after the first Hungarian Christian king. It’s a beautiful church whose Neo-Renaissance dome is equal in height to that of the Parliament building, and which can be seen from all over the city. In the back chapel you can view the mummified forearm of the saint, which is carried outside by priests every year on St. Stephen’s Day (August 20).

If you visit midday, you may want to have lunch in one of the cafés in the plaza in front of the church. 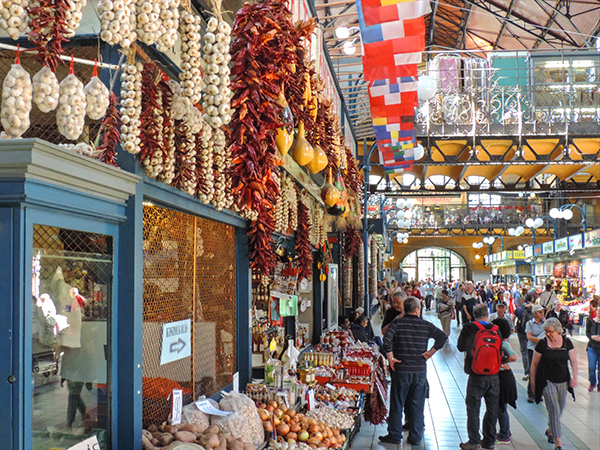 A Popular Thing to do: Walk Down Váci utca

Another street to stroll is Váci utca, which runs parallel to the Danube on the Pest side of the river. It’s a long street, and the name changes along its length, but it’s easy enough to follow. It’s the city’s main shopping street and always filled with shoppers and tourists. (Obviously, watch out for pickpockets).

Don’t miss the Gerbeaud Café, the most famous coffee house in the city, which has an elegant interior and, as might be expected, excellent service. Further on is the Great Market Hall, an imposing wrought-iron building near the river that’s a favorite place for residents to buy foodstuffs. It’s impeccably clean with aisles wide enough to drive two cars through. On the second level, you’ll also find a variety of restaurants and cafes popular with travelers. 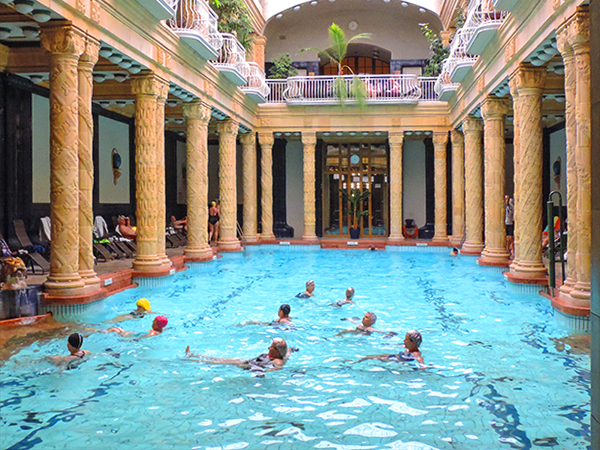 A Top Thing to Do in Budapest: Visit The Turkish Baths

The Ottoman’s contribution to modern Budapest are the beautiful baths they built during their occupation of the city. There are several public baths throughout the city, including the Széchenyi Baths near Heroes’ Square (the city’s most popular), and the Rudas Bath, along the Danube near the Elizabeth Bridge.

The most famous and extravagant are found in the Hotel Gellért and Baths complex near Liberty Bridge. Its main indoor pool is one of the finest examples of Neo-Classical architecture in the country. 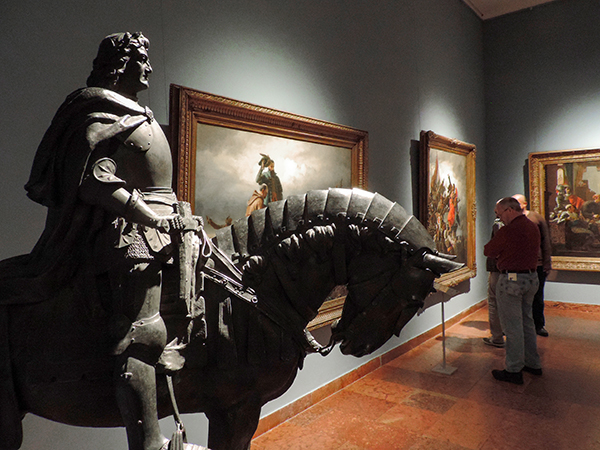 A Popular Place in Budapest: The Hungarian National Gallery in the Royal Palace

Don’t miss a visit to the Royal Palace on the Buda side of the river, which is home to the Budapest History Museum and the Hungarian National Gallery, the latter well known for its collection of Hungarian art from medieval times to the 20th century. There are more than 40,000 pieces on display, including a wonderful collection of Gothic altarpieces as well as Renaissance and Baroque pieces.

Outside the building, in addition to the spectacular views of the city from the terrace, you’ll find other treasures including the Mátyás Fountain. Adjacent to the building is the office of the President of Hungary. 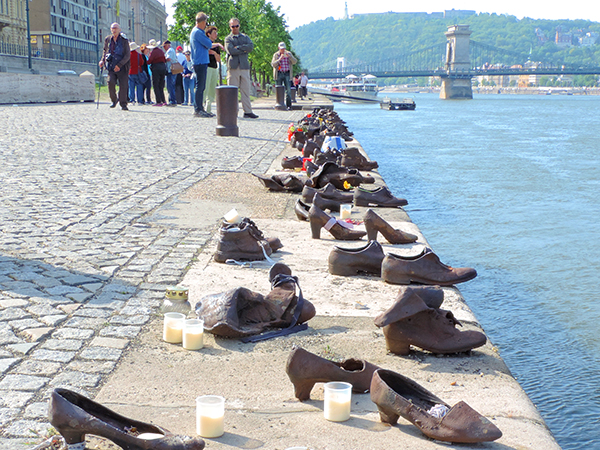 Have Your Heart Broken at the Shoes on the Danube Bank

Created in 2005, Shoes on the Danube Bank is a tribute to the Jews murdered on that spot in 1944-45 by the pro-German, anti-Semitic, Arrow Cross militiamen. Jews were brought there, ordered to take their shoes off and then shot by the militiamen, who let the river carry their bodies away.

The monument is 60 pair of rusted period-shoes in different sizes and styles cast out of iron. It is one of the most moving memorials you’ll see anywhere in Europe, its utter simplicity making it all the more somber. You’ll find it on the Pest side of the river about 300 yards south of the Parliament building.

Whether you’re a Jew or not, this place in Budapest will likely break your heart. It did mine. Don’t miss it.