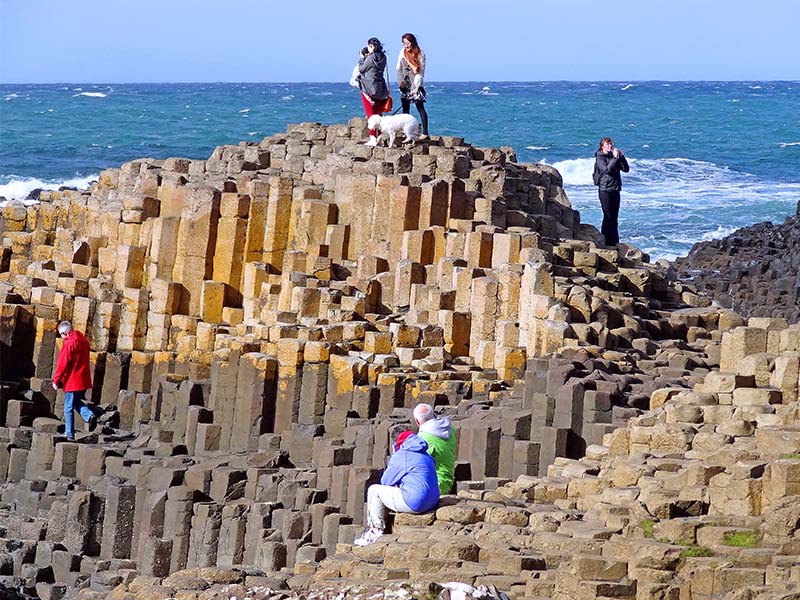 Northern Ireland’s Coast Road – the A2 highway that connects Belfast on the east coast with Londonderry / Derry in the northwest – is considered one of the best drives on the island of Ireland, if not the world.

Most people start their drive along the Coast Road in Belfast and usually take it only as far as the Giant’s Causeway on the north coast. But since I was coming from Donegal on the west coast of Ireland, I started my drive near Londonderry and headed eastward across the top of Northern Ireland before turning south towards Belfast. 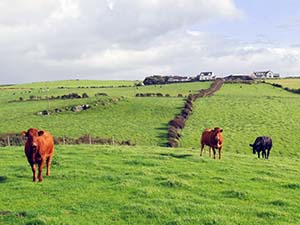 Pasture along the Coast Road

In County Londonderry, No Coast on the Coast Road

It was an interesting and pretty drive on the A2, but an hour into it I realized that on this end of the Coastal Road one really doesn’t see much of the coast at all.

The road had taken me mainly inland, an enjoyable drive through the little towns and across the farmland where low rock walls lined streets canopied by trees, but it was not what I had expected. All along the way I saw handsome well kept-homes with beautiful gardens, all more English-looking than those I had left in Donegal.

When I neared the small village of Bellarena, it all gave way to the Binevenagh Forest where lofty mountain-like cliffs thrust up from the farmland. It was almost like a child’s picture, all covered with grass with a waterfall cascading down its side. 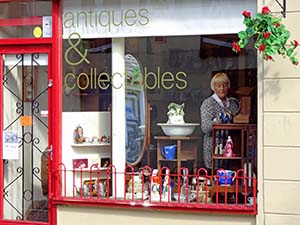 The Curiosity Shop, Bushmills in Ireland

Not long afterwards the road turned northward and began to hug the coast I sought as I neared County Antrim. Antrim owns a good amount of the beautiful Northern Irish coastline but my local target wasn’t the sea but the town of Bushmills, home of the famous Old Bushmills Irish Whiskey distillery, and the nearby Giant’s Causeway.

Bushmills was a pretty little town and there were plenty of tour buses at the distillery, of course. But the tourists they bring don’t walk into the town that is just a few minutes walk away.

I imagine that’s why when I went into town I was saddened to see that the town was dying. Some of the empty stores had been boarded up with faux façades on which were painted scenes with people to make them appear “alive” inside. Still, though, I did find a number of other shops open and had a nice stroll along Main Street. 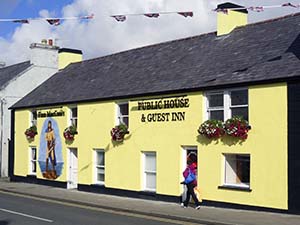 The Giant’s Causeway, Star of the Coast Road

I left Bushmills and continued on the coast road to Giant’s Causeway, Northern Ireland’s sole UNESCO World Heritage Site. The Causeway is famous for its polygonal columns of basalt, formed by a volcanic eruption 60 million years ago, which give the impression of a road running down into the sea. I’d always wanted to see it and was excited to be there despite the intermittent rain.

Unfortunately, once you leave the Causeway’s Visitors Center, it is a long, long walk down to the causeway itself. You can take a shuttle bus for £1 each way but not knowing the distance I decided to take the walk along with many others who were just as uninformed as me.

When I finally got to the Causeway I found had to climb up some of the columns to walk out to the far end that jutted into crashing surf. Unfortunately, I was half way out when it started to rain making things quite slippery so I decided to turn back. But slippery or not, if you’re anywhere in Northern Ireland it’s well worth seeing since it’s one of the great natural marvels of the world. 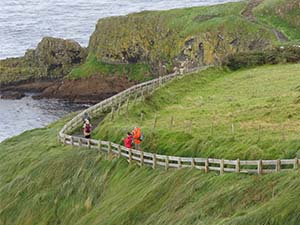 Beyond the Causeway is another popular Northern Ireland tourist attraction, the Carrick-a-Rede rope bridge. The small bridge swings across a 90-foot deep chasm to a small island ­– really a tall outcrop of rock with a toupee of grass – and was originally erected to allow fishermen to check their salmon nets. Today most people check it out for the exhilaration of walking across it.

The entrance to the bridge is an even longer walk from the Causeway, over a kilometer in each direction, and there’s no bus service. Depending on the weather and your physical condition it can be arduous since you must walk the entire distance on cinder trails and stone steps across the headlands on the edge of the cliff.

Even though the day I went the bridge was closed due to high winds, I decided to make the trek anyway since I was so close (relatively speaking). I’m glad I did it but was happy nevertheless when I finally returned to my car. 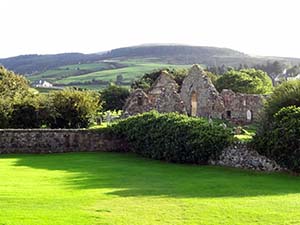 Stunning Scenery Along the Coast Road

Leaving the Causeway and heading eastward towards Ballycastle, I was soon driving high above the sea in a pastoral setting along one of the more renowned parts of the Coast Road. The vista seemed to go on forever and the scenery was stunning, much more attractive than the route on the Londonderry side.

I had intended to stop for a while in the little resort town of Ballycastle, but decided instead to just continue on towards Cushendall along the A2. I was drawn onward by the road itself, which continued to mesmerize me as it wove its way through some beautiful countryside and forest. Here and there I’d see the ruins of an old house or castle, or flocks of sheep speckling some great green vista stretching across a valley.

When I arrived in Cushendall I saw that there were several routes that would take me inland and get me to Belfast in about an hour. But I had fallen in love with those views of the beautiful coastline and stuck with the A2.

The coastal route took a lot longer than an hour to get me to my hotel in Belfast, but I still arrived in time for dinner…and without any regrets.