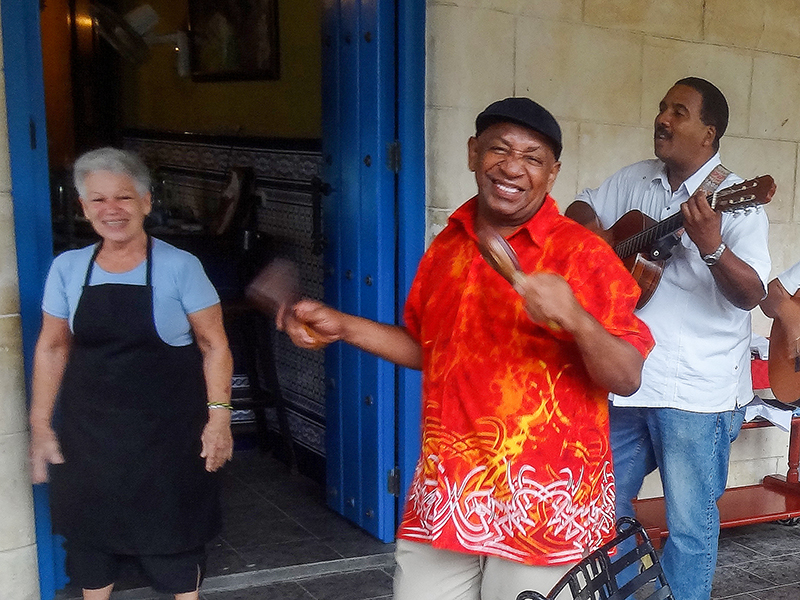 Two weeks ago I had told you that following an end-of- year- hiatus, Never Stop Traveling would not  be published until January 8. I’ve changed my mind.

While thinking of the many places to which I’ll be traveling in 2014, I also found myself reminiscing about many of my experiences on the road during the past year. Some of them were good, some were bad and the rest fell somewhere in-between. But they were all memorable and I decided to share them with you – and there’s no better day to do it than the first day of the New Year. 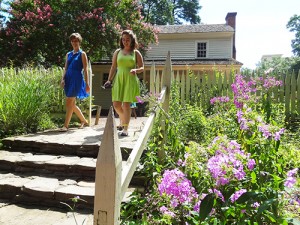 This is not meant to be a list of the best in the world. It is, rather, a very subjective list of good and bad experiences I had during my travels in 2013. Admittedly, some are inane and may seem ridiculous, but frivolous or not they all wedged themselves in my mind. They are listed below in no particular order.

Think back on where you’ve been in 2013 or any other year, for that matter, and you’ll certainly come up with your own list.

Feel free to add any of your own “best and worst” experiences at the end, whether that be a great slice of pizza you had in Naples or the worst taxi ride ever in Timbuktu or wherever you may have landed. 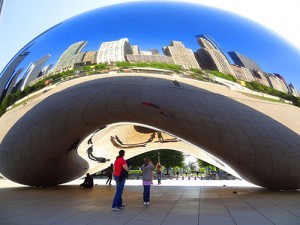 Cloud Gate (aka “The Bean”), AT&T Plaza in Millennium Park, Chicago, IL. A beautiful work of art in a beautiful setting. Chicago’s newest icon, designed by British artist Anish Kapoor, will mesmerize you any time of the day.

The Bergen Railway from Bergen to Oslo, Norway (or vice versa).  One of the highest railways in Europe, it crosses Europe’s highest mountain plateaus and has often been called one of the most scenic train rides in the world.

The 07:42 Intercity train from Paris to Montreux. I got off the train and found myself in Montreaux, France when I was supposed to be in Montreux, Switzerland, hours away. Share my ordeal at “’What country am I in?’ I asked her”. 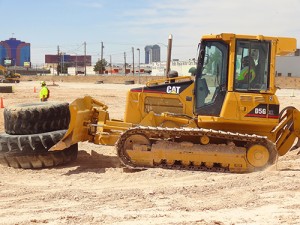 Dig This, 3012 South Rancho Dr., Las Vegas, NV. Ever wonder what it’s like to play with a bulldozer or excavator? Hop up into the cab at this playground for adults and start digging away. And it’s not just “a guy thing” – I saw plenty of women there also.

The Thief, Landgangen 1, Oslo, Norway. One of the most spectacular and comfortable (as well as expensive) new hotels in Scandinavia. With plush hi-tech rooms and a great art collection, It brings comfort and service to a new level.

Sportello, 348 Congress Street, Boston, MA. An Italian restaurant that creates seasonal dishes each day (pastas, creamy polentas, great salads, and other entrees) shares the kitchen with four-star restaurant Menton (a member of the Relais and Château organization) thus providing you an excellent lunch or dinner at quite a reduced price. Delicious. Great service too. 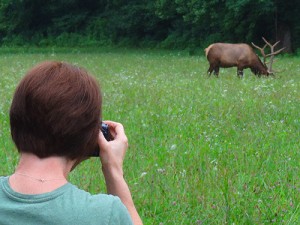 Smoky Mountains National Park. Straddling the border between North Carolina and Tennessee, it’s a beautiful drive through the  mountains seeing all sorts of wildlife including elk. It’s also the most popular national park in the USA. Just grab the keys and do it.

Lu Lu Lobster Boat, 55 West St, Bar Harbor, ME. A unique two-hour tour on a traditional Downeast-style lobster boat. It’s incredibly entertaining and educational and you’ll learn everything you’ve never known about lobsters and lobstermen and a lot of other things. 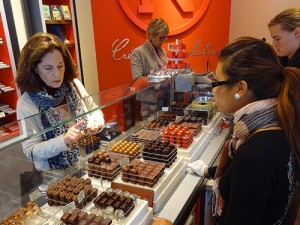 Neuhaus Choclatier, Rue Lebeau 79 (Sablon), Bruxelles. According to my wife (who did a comparison taste test of different brands with her friends) this is the place for chocolates. I agree. You can buy their chocolates all over the world but they’re best enjoyed at their source.

The Thief, Landgangen 1, Oslo, Norway. When I was checking out very early one morning before the restaurant opened, the clerk was dismayed that I was leaving without first having breakfast. She phoned the chef in the kitchen and within minutes I had fresh coffee and a freshly made boxed breakfast-to-go. 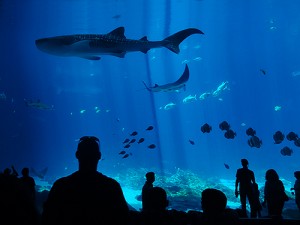 Georgia Aquarium, 225 Baker St NW, Atlanta, GA. Smack in the middle of downtown Atlanta, it’s home to more than 100,000 animals and 500 species living in 10 million gallons of water. And it’s worth every drop. It’s a “don’t miss” if you’re ever in Atlanta. 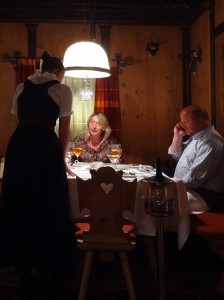 Atlanta Marriott Marquis, 265 Peachtree Center Ave NE, Atlanta, GA. I like steaks but I’ve also learned never to expect perfection from room service. Forced to work late one night I called room service and they sent up a New York Strip that hit the mark. If it was on the breakfast menu I probably would have ordered another the next day.

Inside CNN Studio Tour, One CNN Center, Atlanta, GA. Our tour guide had the personality of a telephone pole, which greatly destracted from what should have been an interesting tour. Enough said. 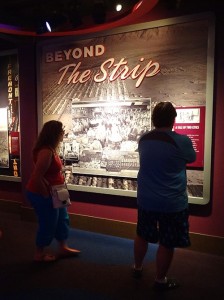 The Mob Museum, 300 E Stewart Ave, Las Vegas, NV. It’s actual name is the National Museum of Organized Crime and Law Enforcement, and it’s trying to advance public understanding of organized crime and it’s impact on American society. And it does a very good job. I expected kitsch but found an intriguing educational experience instead that kept me, and others, for hours. A “must see” when you’re in Sin City.

The Skydeck at the Willis (aka The Sears) Tower, 233 S Wacker Dr, Chicago, IL. Go to the top of the Willis Tower and step out into glass boxes 1,353 feet in the air. Take my word for it – it’s definitely not for acrophobics.

The Atlanta History Center, 130 West Paces Ferry Rd NW, Atlanta, GA. A wonderful, multifaceted museum complex spread across several acres, it has several wonderful exhibits including one that explains the impact the Civil War had on people’s lives both in the North and the South. There’s also a Folklife Gallery, an exhibition on golf legend Bobby Jones Jr., a family farm from the 1860s and a 1928 mansion. There’s something for everyone. 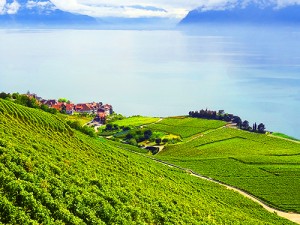 Best Views from a Vineyard

The Lavaux Vineyard Terraces, Switzerland. These ancient vineyards, a UNESCO World Heritage Site, run along the northern shore of Lake Geneva. Stretching for about 20 miles from the Chateau de Chillon near Montreux to the eastern outskirts of Lausanne, they’re beautiful any time of the year.

DDR Museum, Karl-Liebknecht-Straße 1, Berlin, Germany. One of the most popular attractions in the city, this privately owned, hands-on museum will mesmerize you with its exhibits about life in the former Deutsche Demokratische Republik. You’ll even learn how children learned to count by counting tanks in kindergarten. An eye-opener. 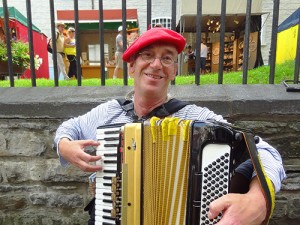 Old Québec, Quebec City, Canada. Old Québec, a UNESCO World Heritage Site, oozes with Old-World ambiance. There’s no other place like it on this side of the Atlantic. What a place to spend a weekend! Parlez-vous Canadienne?

The Biltmore Estate, 1 Lodge Street, Asheville, NC. You need to see this grandiose 19th-century mansion to believe it. A 250-room French Renaissance chateau in the foothills of the Smoky Mountains, The Biltmore redefines opulence. The gardens and surrounding lands alone are worth the trip here. 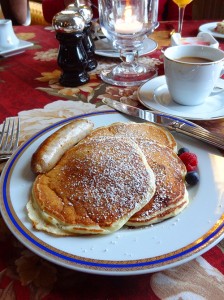 Best Breakfast at a B&B

Village Inn of Woodstock, 41 Pleasant St, Woodstock, VT. We stayed at this antique- and art-filled little gem and in the morning enjoyed the lightest, tastiest waffles, quiche with Vermont cheddar cheese and incredible blueberry pancakes, all to die for. What a way to get going in the morning. And at 5:00pm we came back to share restaurant tips with fellow guests over complimentary wine at Happy Hour. A great winter-getaway weekend.

Oslo, Norway. I finally returned after several decades and couldn’t believe my eyes. North Sea oil money has transformed Oslo into one of the most interesting cities in northern Europe. From its critically acclaimed Opera House on the harbor to interesting museums scattered all about, Oslo provides a great experience for travelers. 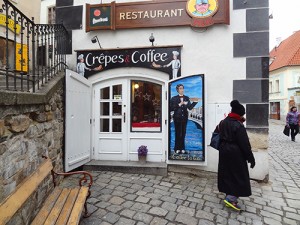 Český Krumlov,  Czech Republic. Talk about fairytale settings…..Český Krumlov seems to have captured the market. It’s a few hours outside of Prague and it’s best seen in the off-season when most of the tour buses and hordes of tourists have left. Overnight to have the place to yourself.

Cuba. Cuba. Cuba. The people are wonderful, the poverty unbelievable (more coming on this soon).

Coming home after 5+ hectic, rushed weeks on the road. Thank God for a wife who puts up with all of this.