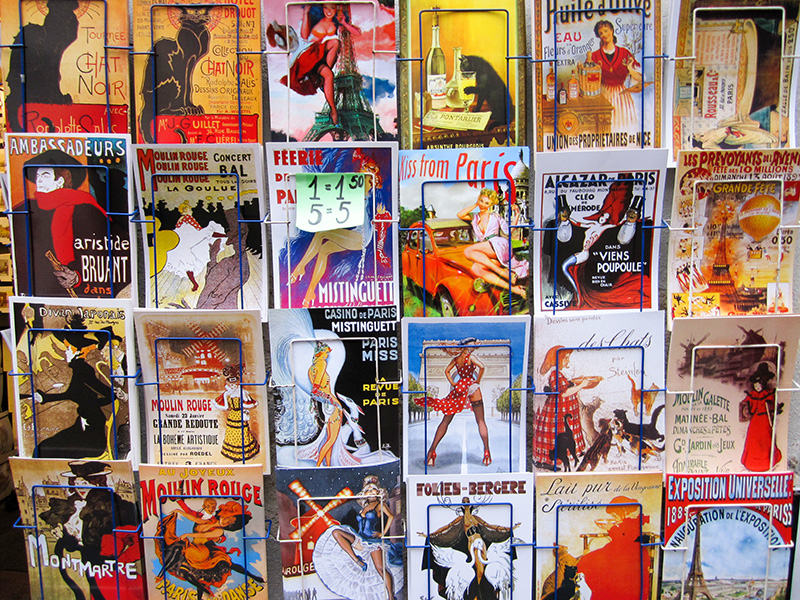 Sometimes the best experiences are those done on a whim.

I’d been in London for about a week and one afternoon decided to take the train to Paris the following morning. It’s only a bit over two hours in each direction and I hadn’t been to France or Paris in a couple of years. There were some familiar places I wanted to revisit, plus one I had always wanted to uncover but for one reason or another had never found my way to. 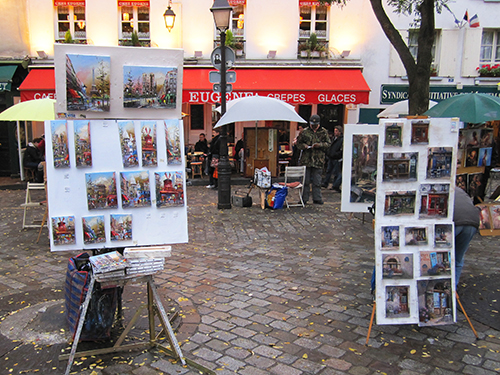 The next morning I caught the 7:01 AM train out of London’s St. Pancras Station and was in the Gare du Nord a little after 10 AM. I had also booked the last train back that evening, at 9:13 PM, which would give me about 11 hours to flit about Paris.

From the station I caught the Metro and headed to Montmartre, a place I’ve been coming back to on and off for about 40 years. I know it’s touristy, perhaps even beyond touristy, but I enjoy wandering about the Place du Tertre looking at the artists that gather there everyday with their colorful canvases, and then stop for some crêpes or a glass of wine in one of the little cafés the line its perimeter of the square. 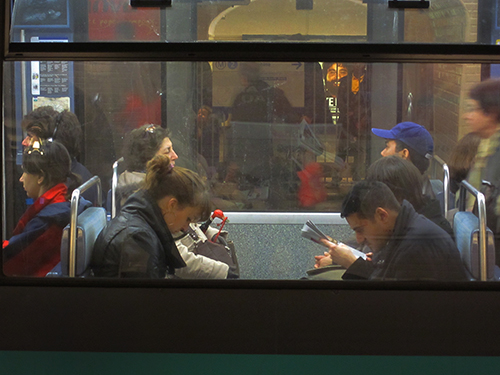 On this visit I wound up in a crêpe restaurant that stood on the exact spot where many years ago, as a freelance photographer, I had photographed a woman selling crêpes out of a window along the sidewalk. The restaurant was a nice little place and I spent about a half hour chatting with a young couple from southern France who were in Paris for the first time and enjoying it immensely.

I would liked to have stayed longer but there was a lot I wanted to do and time was getting short. I went down the hill and boarded the Metro once again and headed across the city to the Musée d’Orsay. Like Montmartre, I had made pilgrimages to the d’Orsay over the years as well, and I remembered when it first opened. It’s a beautiful art museum sited in a rescued railroad station, and the building itself is just as beautiful as the collection inside it. 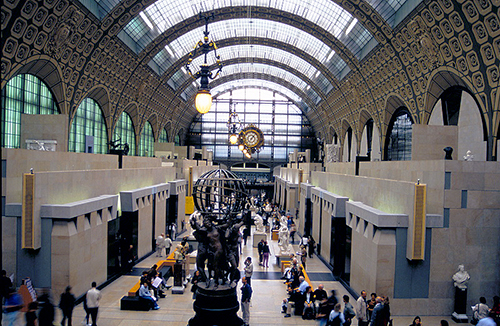 Unfortunately, I didn’t have time to linger there more than an hour or so either, so I soon headed outside, across the street to the walkway that runs along the Seine. The Quai, whose name changes every block or so, was another bit of Parisian reminiscences from past visits, and I picked my way along past the booksellers that lined it, heading towards Notre Dame.

I had never been up in the towers of the cathedral and had decided that I was going to make the climb that day. It wasn’t to be, however, since I found that for some reason the towers were closed to visitors that afternoon. But I wandered about and discovered two other little pleasures. 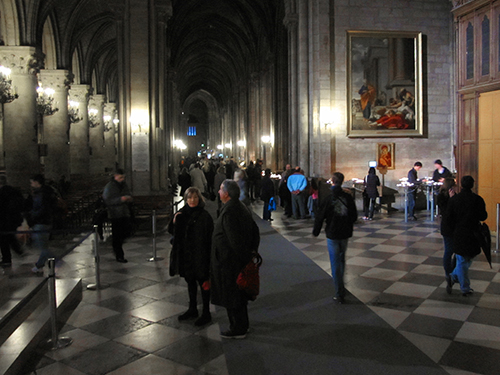 One was a scale model of the cathedral behind the altar, which I was surprised I hadn’t seen before. The other was more surreal.

As I wove my way through the throngs of visitors in front of the altar I noticed a man with a large group of boys up by the side of the altar. As I wandered on, the cathedral soon became filled with the angelic sound of their singing. It was incredibly dreamlike, almost like the soundtrack of a movie. 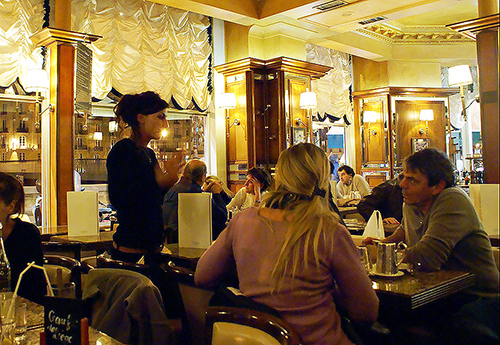 All of this was a prelude to my real reason for coming here – visiting that place I had always wanted to, but hadn’t. It was behind Notre Dame and I wandered out the massive entrance of the cathedral and turned towards Rue du Cloître Notre Dame alongside it. I walked along the street to the small Pont Saint-Louis, and looked across to Ile Saint-Louis, the small Seine island behind the cathedral I had ignored all these year. I walked across the bridge not knowing quite what to expect.

What I found was a little village inside the city, with very few tourists and even fewer tourist shops. I walked up the narrow main thoroughfare from the bridge, poking about the little cafes and shops along the way. 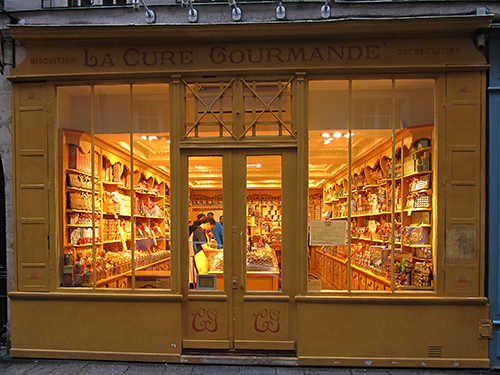 About halfway up the street I stopped at a little ice cream stand set in the wall and had a Berthillon ice cream, the renown and loved Parisian ice cream. It was remarkable ice cream, so exceptional that when I finished my cone I went back and ordered another.

I wandered about looking at the variety of shops … clothing and antique stores, galleries, gourmet food shops, restaurants and cafes scattered about. There was hardly any traffic on the narrow streets and few sounds beyond the chatter drifting out from cafes and little shops. I couldn’t help but feel this is how Paris must have been 50 years ago.

And here it was, hiding from me in plain sight all these years.