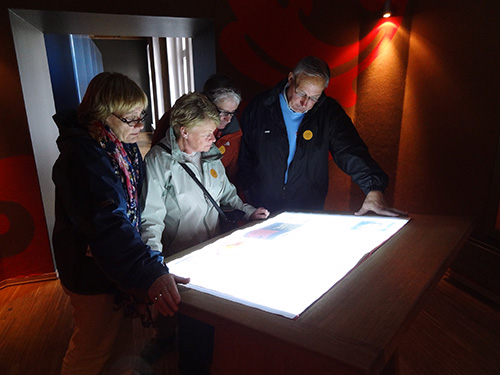 I’ve searched out a much-hyped attraction only to get there and wonder what all the hubbub was about. Sound familiar?

I travel a lot and have spent a fair amount of time in Europe, where I’ve had my share of hubbubs. But I’ve also discovered some really interesting places and museums that are well worth the raves. The following are some of the latter.

I am sharing them with the caveat that although I really enjoyed all of them, each of us has different tastes, so they all may not be the over-the-top experiences you may be looking for.

All I can tell you is that each of the following opened my eyes and my mind in a unique way. Hopefully they will do the same for you. 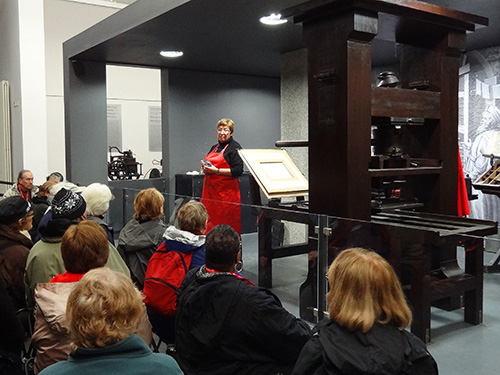 This is an exciting experience for anyone who loves books or, in fact, has ever read one. This museum pays homage to one of the few men, and his invention, who revolutionized the world.

You’re first taken into a room that contains an old wooden printing press and given a fascinating explanation and demonstration (including the art of hand-setting type backwards) of what it took to operate it at the time. From there it’s on to a huge walk-in safe in which are kept two copies of the extremely rare and valuable 42-line Gutenberg Bible.
Liebfrauenstraße 5
55116 Mainz, Germany
+49 6131 122503
http://www.gutenberg-museum.de 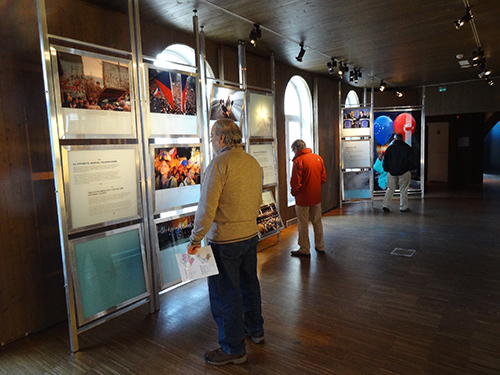 Norwegians are quite proud of their role as international peacemakers, one of the reasons the Nobel Peace Prize is awarded in Oslo every year (on December 10). Fittingly, the Norwegian capital is also home to the Nobel Peace Center, a fascinating small state-of-the-art museum that not only details the history of the Peace Prize but also hosts small exhibits relating to war, peace and conflict resolution. The center also hosts lectures, seminars and discussions, many in English.

The heart of the Center is the Nobel Field, a “garden” of 1,000 blinking fibre optic lights where all the Peace Prize laureates throughout the years are presented on digital screens, allowing visitors to learn as much or as little about the recipient as they desire.
Brynjulf Bulls Plass 1
0250 Oslo, Norway
Tel: + 47 48 30 10 00
http://www.nobelpeacecenter.org/en/

Good to Know:  How to Travel About Scandinavia on a Budget for 2 Weeks 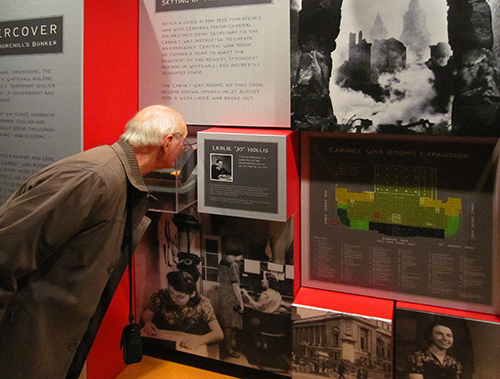 If you grew up hearing your parents talk about World War II – or even if you’ve just seen a movie about London during the war, for that matter – the Churchill War Rooms in London provide an incredible experience. Located in Whitehall in the British capital, the War Rooms are the secret wartime bunker that sheltered Churchill and his Cabinet during World War II.

It’s not a reconstruction, but the original highly secret place from which Churchill ran the British government during the Blitz, and it remains exactly as it was found years after Churchill and his staff abandoned it, with a couple of wax figures added for perspective. It’s a fascinating place, much of it interactive, which will keep you riveted for hours.
Clive Steps
King Charles Street
London SW1A 2AQ, UK
Tel: 020 7930 6961
www.iwm.org.uk/visits/churchill-war-rooms 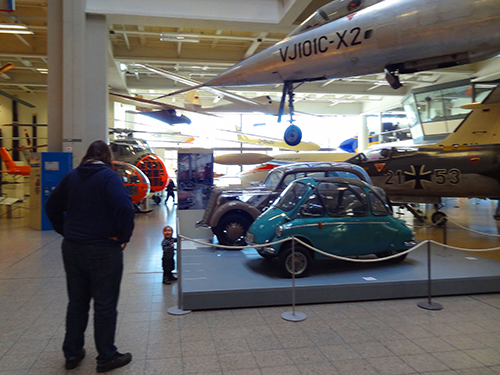 This is one of the largest and oldest science museums in the world, attracting more than 1.5 million visitors every year. It’s an incredible museum that will be of interest to anyone – male or female, child or adult – since there are many things here for everyone, much of it experienced through touch screens and hands-on demonstrations.

The overall collection is so huge that two annexes have been created, one to the north of Munich devoted to airplanes, and one at the Theresienhöhe, the grounds of the Oktoberfest, exhibiting all kinds of land transportation. Its newest wing, in the main building on an island in the middle of the Isar River, is devoted to nano- and bio-technology Be aware that this temple of technology is so large it can be overwhelming if you don’t plan on what to see before entering. Even then, you’ll become so immersed you’ll spend hours here.
Museumsinsel 1
80538 München, Germany
Tel: +49 89 21791
http://www.deutsches-museum.de/en 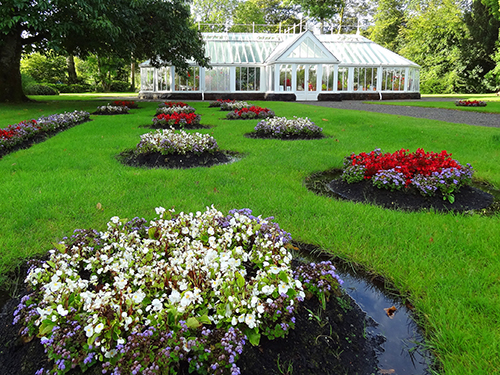 Out west in Ireland, near Castlebar in County Mayo, you’ll find the Museum of Country Life, a collection that shows how the people of Ireland lived in the hundred years between the Great Famine and the end of the 1950s.

While the National Museum of Ireland describes it as home to the National Folklife Collection, it is really much more. Its interactive displays and exhibits herald the ingenuity and self-sufficiency of the Irish in the terrible years following the Great Famine. Here you’ll find exhibits on wickerwork, spinning wheels and boatbuilding, clothing, medicine and other artifacts, even the giant “man traps” landowners placed on their properties to catch poachers and trespassers. If you have a wee drop of Irish blood in your veins you’ll be entranced by the place.
Turlough Park
Castlebar, County Mayo
Ireland
Tel: +353 (0) 94 903 1755
http://www.museum.ie/en/list/overview-tp.aspx 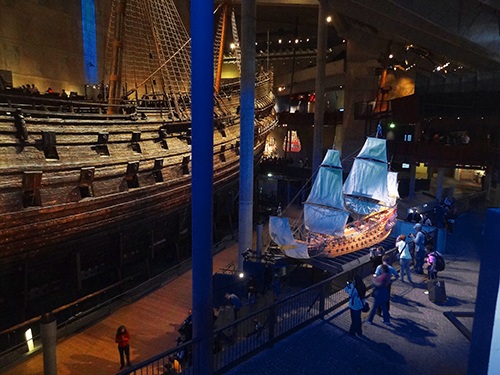 There’s no other museum like this anywhere else in the entire world, a celebration of the ignominious launch of a warship. The pride of Sweden when it was launched in 1628, the 130-ton Vasa was more than 225’ long and 160’ tall when it sank in the middle of Stockholm harbor after sailing barely ¾ mile on its maiden voyage.

The ship was finally salvaged in 1961, and painstakingly restored. For 17 years it was sprayed day and night with a preservative that replaced the water in the wood’s cells and prevented it from drying out and splitting. Now housed in its own museum in Stockholm harbor, it looks almost exactly as it was when launched, sans the paint, and is the only almost fully intact 17th-century ship ever salvaged. It’s the most popular museum in all of Scandinavia.
Galärvarvsvägen 14
115 21 Stockholm, Sweden
Tel: +46 8 519 548 00
http://www.vasamuseet.se/en/ 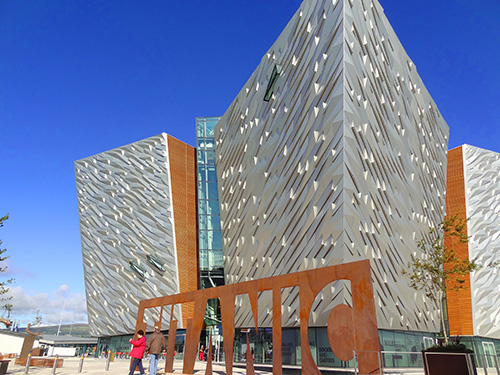 When I first visited Titanic Belfast I was stunned both by the design of the exhibit as well as the design of the building itself, built right beside the historic site of its construction. I’ve never been so mesmerized by an exhibition of this type.

The exhibit takes you from the conception of the ship right through to its final resting place on the floor of the North Atlantic. It’s a world-class exhibit well worth the price of admission and, possibly for many, the cost to get to Belfast, as well. It is not only the top attraction in Northern Ireland, but one of the tops on the “island of Ireland.” Before you enter stand across the street and look at the design of the building – each of the sections was designed to look like a ship’s bow.
Titanic Quarter Limited
Belfast BT3 9DT
Northern Ireland
Tel: +44 (0) 28 9076 6386
http://www.titanicbelfast.com 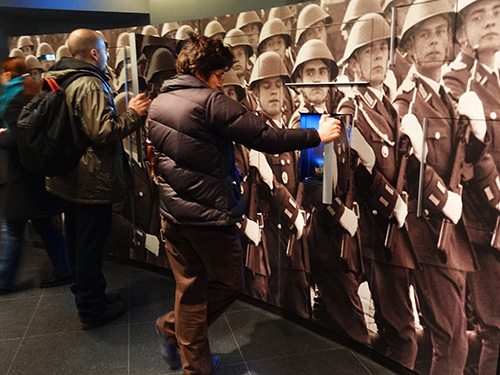 For starters, you’ll learn about the living conditions of the East Germans, their occupations, education and income. You’ll also learn such interesting things as how children were indoctrinated by the state (learning arithmetic by counting tanks in kindergarten, for example) and see the Prime Minister’s Volvo, with its curtained windows and blue upholstery. You’ll find it on the Spree, opposite the Berlin Cathedral.
Karl-Liebknecht-Straße 1
10178 Berlin, Germany
Tel: +49 30 847123731
http://www.ddr-museum.de/en 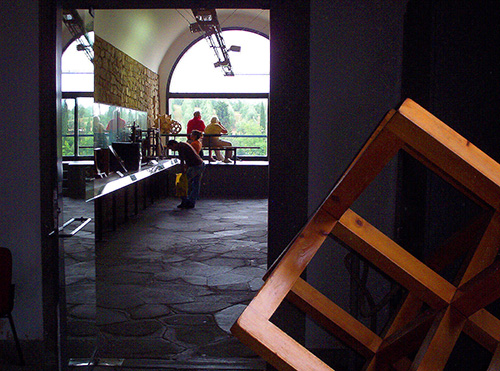 Yes, that Vinci, the home of Leonardo. It’s located in Tuscany about halfway between Pisa and Florence. And although it’s a bit off the beaten track, if you have a car it’s well worth a half-day’s visit. It’s a pretty little Tuscan hilltop town where the locals pay homage to their famous native son in the Museo Leonardiano, which is set in in a 13th-century castle.

Here you’ll find models of many of Leonardo’s inventions, most based on drawings from his notebooks. You are guaranteed to be wowed by his conceptions of a bicycle, an armored tank and many other things all conceived by him long before they became part of modern life. While you can visit other museums dedicated to Leonardo, at this one at least you’ll know you’re at the source.
Piazza dei Guidi
50059 Vinci FI, Italy
Tel: 057 1933285
http://www.museoleonardiano.it/eng 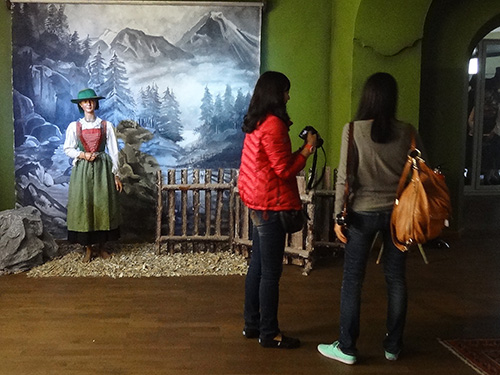 Described by Lonely Planet as “a fascinating romp through Tyrolean folk art,” the focus of the museum is on arts and crafts and the applied arts, home industries, masks and traditional dresses of Tyrol, much of it from different social strata. It makes you appreciate the beauty of everyday items crafted centuries ago.

I found the most interesting part of the museum to be on the third floor where there are exhibits of beautiful folk furniture and interiors of old Tyrolean houses. There is also an exhibit showing how people of the time dressed, played, and interacted with one another. Just studying the faces of the dozens of life-size manikins in the exhibit was intriguing. It’s located next to the Hofkirche, across from the Hofburg in the center of the old town.
Universitätsstraße 2
6020 Innsbruck, Austria
Tel: +43 512 59489510
http://www.tyrol.tl/en/highlights/museums-and-exhibitions/tyrolean-folk-art-museum.html