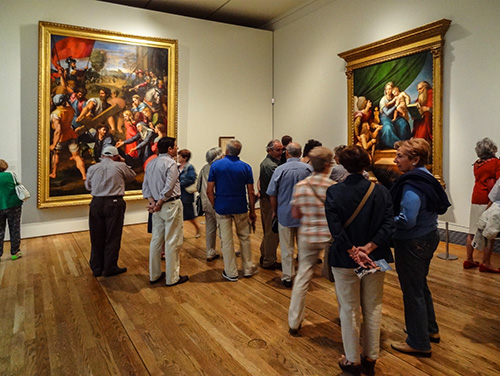 Travel can be expensive, especially when you’re visiting some of the more popular cities in Europe. But even if you have a family in tow, you can stick to a budget by taking advantage of free things that are offered in many cities.

In London, for example, many of the city’s top museums and galleries are always free. This includes such notable attractions as the British Museum (the city’s most visited attraction), the two Tates, the National Gallery, the Victoria and Albert and many more. 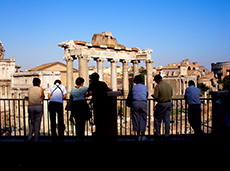 In Lisbon the Museu Nacional do Azulejo, the Centro de Arte Moderna and the Museu Calouste Gulbenkian are free every Sunday. Ditto in Munich for visiting the Münchner Stadtmuseum (Municipal Museum) or seeing the collection of Greek and Roman Antiquities at the Glyptothek. In Berlin all 16 of the city’s national museums are free after 6pm on Thursday evenings.

In addition to museum visits there are plenty of other free things to do throughout Europe. While the list of free activities that follows is certainly not exhaustive, it’s a step in the right direction to keeping your travel budget under control.

During the summer months the Queen’s Guard changes inside the gates of Buckingham Palace at 11.30 a.m. every day and on alternating days during the winter. It’s best to get there early as the crowd can be quite large. You can also see the ceremony of Changing of the Guard at Horse Guards Parade (11am Monday – Saturday, 10am Sunday). 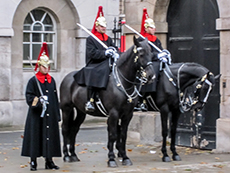 You’ll find another free spectacle at Speaker’s Corner in the eastern section of Hyde Park (opposite Marble Arch tube station) where on Sunday mornings you can be entertained by anybody with anything to say. On any night you can join the 700-year-old ritual of the Ceremony of the Keys, the traditional locking up of the Tower of London by the Towers’ Chief at 9:30pm. Tickets to the ceremony are free but you need to apply in writing at least two months in advance.

A wee bit north in Edinburgh you’ll find several free museums along the renowned Royal Mile including the Writers’ Museum, The People’s Story and The Museum of Childhood, among others. 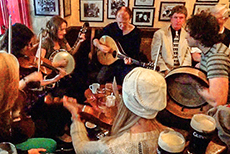 In Dublin five national museums and galleries – including the National Gallery, National Museum of Modern Art, Museum of Decorative Arts and History and the Museum of Natural History – provide free entry to everyone. If you’re headed out west to Galway, one of the best spots in Ireland to listen to music, stop in any one of a number of pubs and enjoy traditional Irish music performed by some of the country’s best traditional musicians. It’s all free and you needn’t even buy a pint.

If you want to get a great view of Paris without the hefty cost of going to the top of the Eiffel Tower, go instead to Sacré-Cœur atop Montmartre. The view is great and you can later wander about Place du Tertre and view the works for sale of dozens of artists. 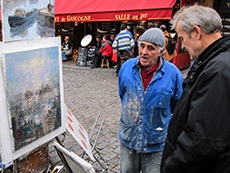 You’ll find that Notre Dame is also free, unless you visit its museum or climb the towers. On Sundays you can also enjoy Gregorian chants at the 10am mass and afternoon organ recitals. If you’re still bent on seeing the Eiffel Tower, join the crowds in the Trocadéro across the Seine to watch the dazzling light show it puts on every evening at twilight.

In Nice entrance to the Musée d’Art Moderne et d’Art Contemporain (MAMAC), which boasts collections of works by Yves Klein and Andy Warhol, is also free. 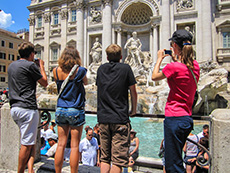 There’s plenty of free sightseeing in Rome. Start with the Roman Forum, once the central marketplace of the ancient city, and then head to the Fontana di Trevi and the incredible Pantheon, one of the top attractions in the Italian capital. Don’t forget St. Peter’s Basilica, of course, which is a free treasure trove of art. Everyday there’s also a free tour of the Basilica led by seminarians; check with the Vatican Tourist Office for time and place of departure.

In Venice you can join the café culture in St Mark’s Square and listen to performances by musicians outside places such as Café Florian. Just don’t sit down and order coffee! 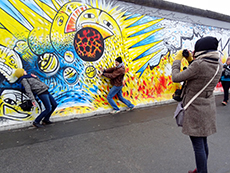 In addition to visiting one or more of Berlin’s museums on Thursday evenings, take a walk along the East Side Gallery, a 1.3km-long stretch of the old Berlin Wall, now covered with works of art by more than 100 international artists. It’s also free to go to the top of the Reichstag by walking up to the top of the glass cupola to get a beautiful view of the city. In Munich join the crowds on Marienplatz to watch the Glockenspiel on the New Town Hall (twice daily at 11am and noon; also at 5pm except during winter). 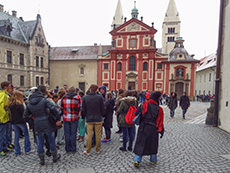 There aren’t many castles you can wander about for free, so if you’re in Prague head up to Prague Castle overlooking the River Vlatva. While there is a charge to tour St Vitus’ Cathedral, Golden Lane and some other areas, it’s free to wander most of the castle grounds. There’s also the Changing of the Guard daily at noon. 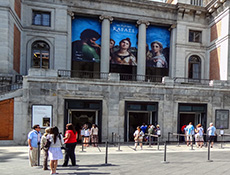 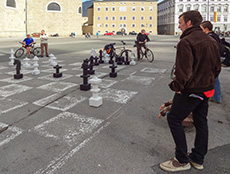 If you’re a music lover in Vienna during the summer months you needn’t pay for concert tickets. Just grab a seat in front of the Rathaus (city hall) where free films of famous concerts are broadcast. You’ll find similar shows in Salzburg, where films are shown on the city’s Residenz Square. Afterwards walk over to Kapitelplatz for a free game of chess with the huge chess pieces one moves about on the large chessboard painted on the street. 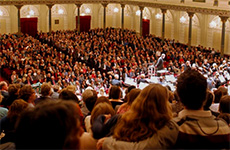 Free concert at the Concertgebouw, Amsterdam

In Amsterdam from September to June you can enjoy free lunchtime concerts every Wednesday at 12:30pm at the world renowned Concertgebouw. It’s quite popular so get there early to join the queue. At the Muziektheater, the home of the country’s national ballet and opera companies you can enjoy performances on Tuesdays, which sometimes spotlight the performances that will take place that evening before a paying audience.

Muziektheater, home to Holland’s national opera and ballet companies, has a similar deal on Tuesdays. In both, performances often spotlight acts that will appear that evening in front of a ticket-buying audience. 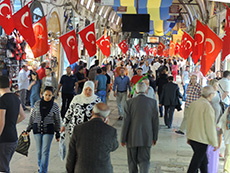 In Istanbul you can go window-shopping in the fabled Grand Bazaar. Just beware of pickpockets in the labyrinth of streets that can be near claustrophobic at times. For a calmer, more serene experience you may want to visit the world-famous Blue Mosque where there is never an entrance fee.