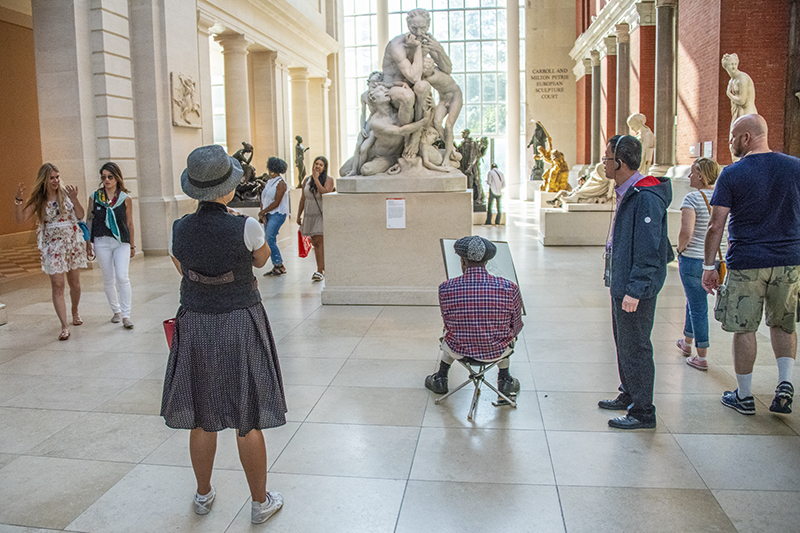 The Metropolitan Museum of Art, on the Museum Mile New York

It is, after all, one of the cultural Meccas of the world, with hundreds of museums and historic sites scattered throughout the city’s five boroughs.

Whatever your interest – be it history, folk art, photography, architecture, fashion, food…you name it – you’ll likely find a Big Apple museum you’ll like. 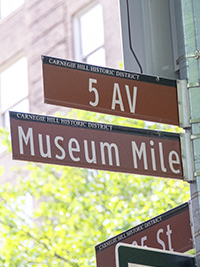 But if you’d like a taste of the city’s culture you need to head no further than fabled Fifth Avenue. There, between 82nd Street and 105th Street, you’ll find “Museum Mile,” a clutch of New York museums catering to many different interests.

Officially there are six different museums designated as museum “milers.” They are the El Museo del Barrio; Museum of the City of New York; The Jewish Museum; Cooper Hewitt, National Design Museum; Solomon R. Guggenheim Museum; and The Metropolitan Museum of Art. They all sponsor the New York Museum Mile Festival in June each year.

There is, however, confusion as to how many museums there are on the Mile. NYC & Company, the official tourism arm of the city, lists seven. The Museum Mile Festival lists a total of both six and nine official museums on the same website.

To complicate things even more, there are other museums along the way that aren’t included. One is the Henry Clay Frick House (at 70th Street), which houses the excellent Frick Collection. Another is The Africa Center, formerly known as Museum for African Art at 110th Street.

The Africa Center extends the mile a bit further, but who’s really counting? After all, the designated Museum Mile is actually 1.2 miles long, not one mile.

The following seven museums are the official New York museums on Museum Mile. Each is a jewel in New York’s cultural crown and well worth visiting any time of the year. The two times I’ve walked the Mile I’ve found it best to start at 105th St. in the morning and walk south finishing up at the Metropolitan Museum of Art. You may want to enhance your visit and have lunch or dinner there, as well. 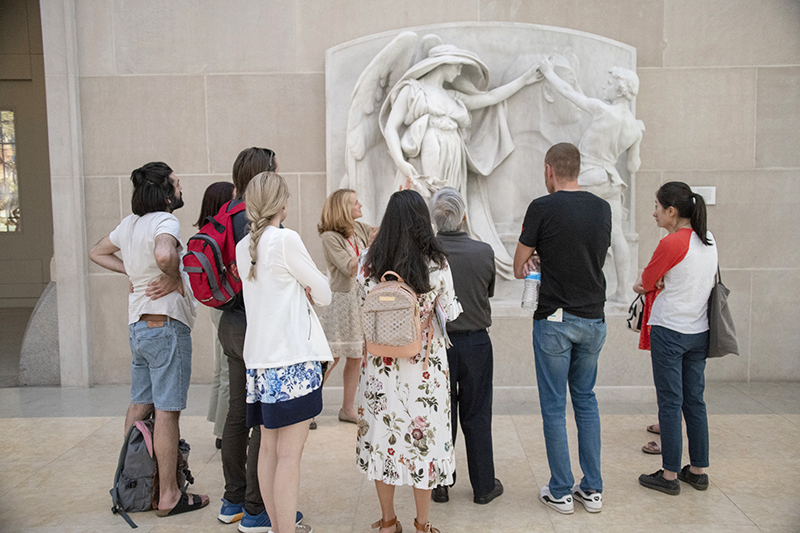 A tour in the Metropolitan Museum of art

The Metropolitan Museum of Art

Many people start their tour of New York Museums at The Met, as New Yorkers call it. It is one of the world’s great art museums and the largest museum in the Western Hemisphere. Its collection spans 5,000 years and, as you might expect,t is the most famous museum on Museum Mile.

You’ll find it all here – Renaissance masterpieces, Asian art, European sculpture and decorative arts, Tiffany glass, pre-Columbian gold artifacts…it even has its own Egyptian temple. The collection is so immense that it’s impossible to see anything but a small sliver of it during a short visit.

If you’re a first-time visitor, the best thing to do is to take one of the museum’s highlight tours. The free, one-hour tours depart the main hall every half-hour between 10:30AM and 5PM. They focus on works of art representing different cultures and time periods and give you a taste so you can return to delve into your real interests. You can get more information here. 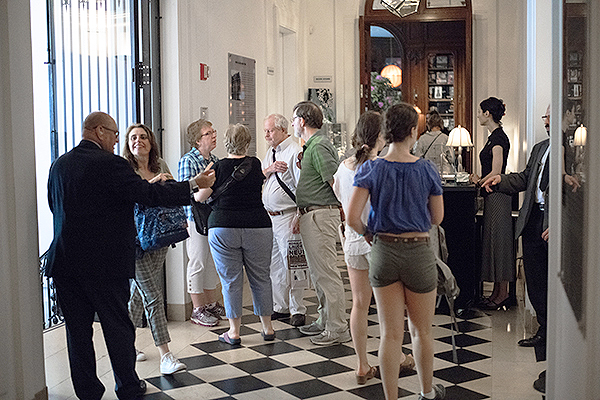 Two blocks north of the Met is the Neue Galerie, a museum for German and Austrian art created between 1890 and 1940. It’s on the corner of Fifth Avenue and 86th Street.

It’s a relatively small museum with exhibits devoted to painting, sculpture, the decorative arts, and photographs. You’ll find works by Gustav Klimt, Josef Hoffmann, Wassily Kandinsky, and others. Its most notable work is Klimt’s famous “Woman in Gold,” stolen by the Nazis in Vienna before the war.

The movie Woman in Gold (2015), starring Helen Mirren, tells the story of how a woman fought the government of Austria for almost a decade to reclaim the iconic painting of her aunt, officially known as the “Portrait of Adele Bloch-Bauer.” (Be sure to see the movie before visiting the museum).

Also in the museum is Café Saborsky, a coffeehouse, and restaurant that’s a bit of old Vienna in New York. The café alone is worth a visit. Great breakfast and lunch. 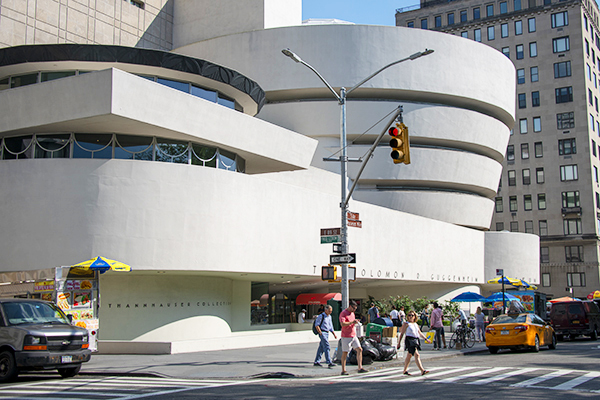 In a city of sharp angles – just look at the surrounding skyscrapers and NY’s street grid to understand – The Guggenheim is a spiraling, windowless, near-fanciful building. Even its interior – a ramp that spirals around the circular building – breaks all the rules of museum architecture. It is considered one of the significant architectural achievements of the 20th century.

The museum boasts a range of modern artwork including works by Chagall, Miró, Kandinsky, Brancusi, Picasso, Mondrian and many others. But you’ll only see a snippet of the collection at any time. The main gallery is utilized for temporary exhibits, and only a small part of the permanent collection is changed periodically. 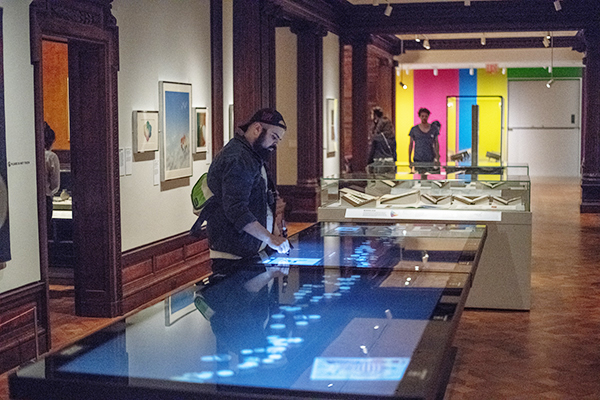 The Cooper Hewitt is housed in the 1902 mansion of industrialist Andrew Carnegie. It’s a beautiful building that has been wonderfully adapted by the museum, which is part of the Smithsonian. This is a place that will delight parents and children alike.

The Cooper Hewitt is a hands-on New York City museum. You don’t just look at exhibits here; you play with them and release your inner design spirit. You’re provided a digital pen that allows you access to the museum’s collection of over 200,000 objects. They range from antique cutlery to robots, and you can access them on giant touch-screen tables. You can view, and save, your favorite wallpaper from the museum’s extensive collection, or create your own that’s projected on the wall.

If you appreciate design or just want to have fun, plan to spend time here.

Just a short block north of the Cooper-Hewitt on Museum Mile you’ll find the Jewish Museum. One of the oldest Jewish museums in the world, it’s set in another one of Fifth Avenue’s beautiful mansions, this one dating from 1908. Whether you’re Jewish or not, you’ll likely fin this New York museum interesting, as did I.

The museum contains ceremonial objects and artworks relative to Judaism and the Jewish experience over more than 4,000 years. Although it has a unique collection of nearly 30,000 pieces, only a relative few are shown at any time. 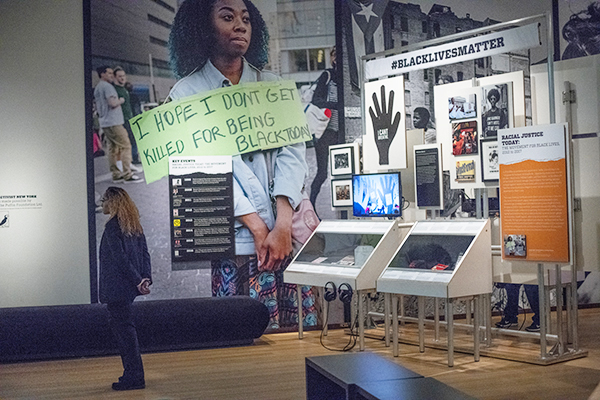 Museum of the City of New York

Museum of the City of New York

You’ll find this museum on Fifth Avenue between 103rd-104th Streets. Although it primarily seems to draw New Yorkers, if you’re a New York-aficionado you may find it of interest. It’s relatively small and provides a good sense of city history.

Its exhibits are interesting, if even, at times, somewhat quirky. For example, one recent exhibition focused on the still photos of Stanley Kubrick, one of Hollywood’s renowned directors. Kubrick grew up in New York and became a staff photographer for Look magazine, capturing the ordinary life of New Yorkers, while focusing on nightclubs, street scenes, and sporting events. The museum exhibited many of them.

Exhibits have included “King in New York,” examining the civil rights leader’s connection to the city, and “Beyond Suffrage,” which examined a century of New York women in politics. 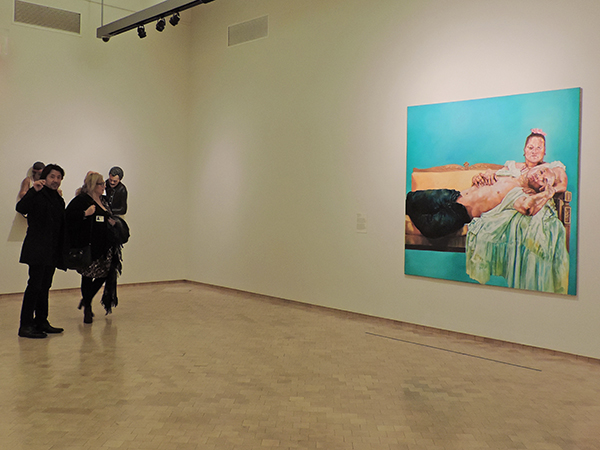 El Barrio, Spanish for “the neighborhood,” is the nickname for East Harlem, a largely Spanish-speaking Puerto Rican and Dominican community.

This small museum on the edge of that neighborhood, often referred to as El Museo, focuses on Latin American and Caribbean art, primarily Puerto Rican. It’s the only New York City museum with Latino culture at its core.

It has a good fine arts collection and also hosts a series of cultural festivities, educational programming, and literary discussions.

Unfortunately, it’s currently closed but is expected to reopen later in 2018.