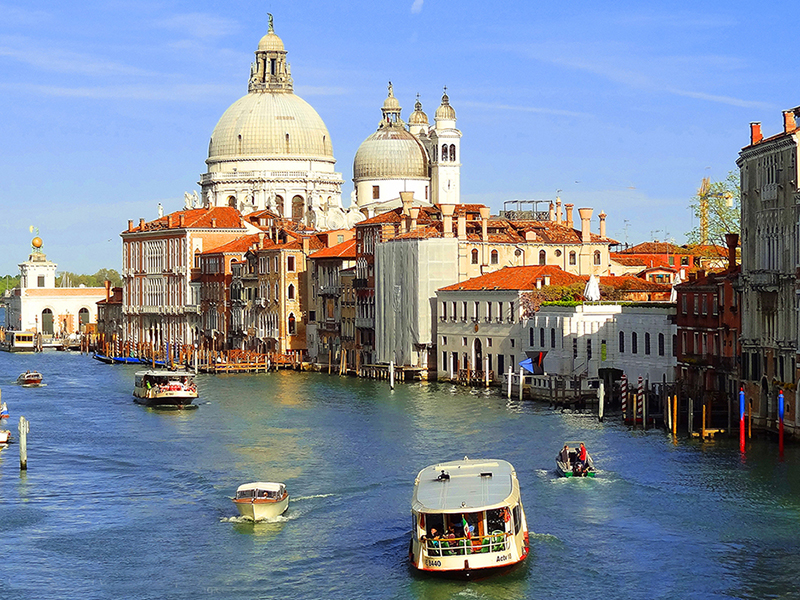 The sestieri of Dorsoduro in Venice

When you travel a lot, especially with tour groups, there comes that time when you can only take so much sightseeing. That’s when you realize you need a place to hide

Did you ever return home from a trip to Europe and try to remember in which city that church was, or where you had that fantastic lunch?

Let’s face it; despite the beauty of many cities in Europe, you can only take so much sightseeing before everything becomes a blur.

There always comes that time when you just want to relax and enjoy a place without having to listen to the babel of a guide or page through the minutia in your guidebook.

Perhaps that’s the signal you should take off a few hours to wander about aimlessly on your own and just absorb your surroundings through osmosis. It happens to me a lot.

Luckily, since I often return to many European cities multiple times, I know places where I like to go to relax and get away from the touristic hubbub. What’s important is that even though they’re “getaways,” they all continue to connect me with the vitality and “exoticness” of the locale.

As we start off a new year, I’d like to gift you several of my favorites. 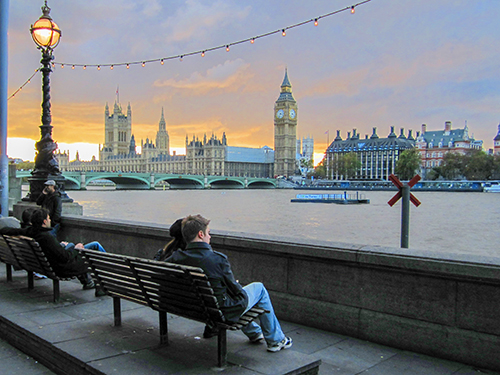 The South Bank of the Thames, London

London: The South Bank of the Thames

Like any large city, London can sometimes feel overwhelming. When that happens I head for the south bank of the Thames (take the Tube to Waterloo Station and then walk a few minutes north to the river). If you’re hungry, which I often am, you’ll find a great outdoor food market behind the Royal Festival Hall on the river. Grab a bite to eat and wander along the river past Jubilee Gardens towards the London Eye. The view from the Eye is spectacular if the weather cooperates. Relax on one of the benches along the bank and you’ll have a great view of Big Ben and the Houses of Parliament. The best time to go is on a weekend when families come there on outings, although the line for the London Eye can be excruciating then. 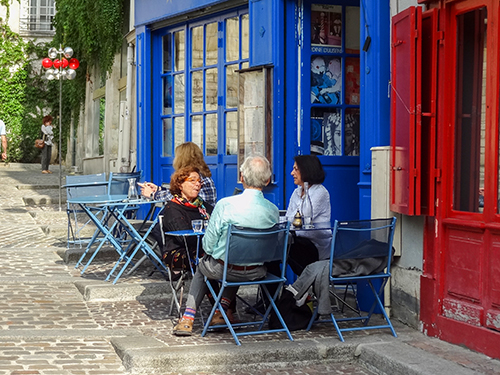 The Old Jewish Quarter in the Marais, Paris

Forget the Left Bank. If you walk east along Rue Rivoli to the Saint-Paul Metro stop, turn left up Rue Malher. You’ll now be in the Marais and the old Jewish Quarter of Paris. Walk north a few blocks to Rue des Rosiers and you’ll be in the heart of the Quarter. All around you’ll find medieval lanes, museums, and mansions, as well as numerous cafés, restaurants and hip nightspots. It’s also home to several noteworthy museums – including the Picasso, Carnavalet, and Cognacq-Jay – as well as the Place de la Bastille and the Place des Vosges, the oldest (and to some the prettiest) square in Paris. 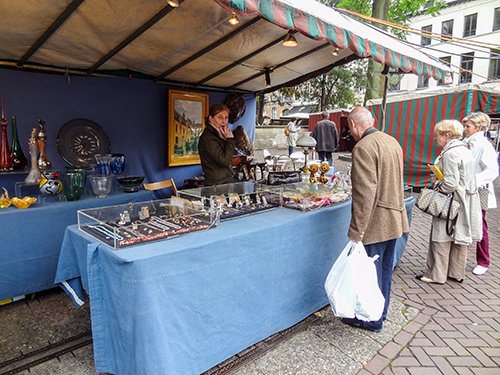 There are many wonderful places in Brussels to relax and have a beer or glass of wine. The Grand Place is one, but it’s overflowing with tourists. I go instead to the Place du Grand Sablon, which along with its gaggle of cafés and restaurants, also offers an endless supply of chocolates in its world-famous shops. It’s also home to a good outdoor antiques market, and quite near the Royal Museum of Fine Arts and several other interesting museums, as well as the Royal Palace. You can easily spend an entire day in this area. 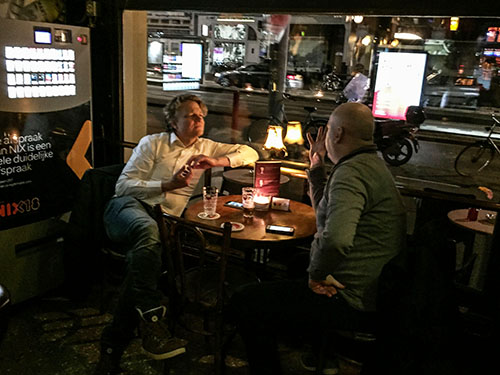 A pub near the Leidseplein, Amsterdam

The Leidseplein is one of Amsterdam’s tourist hubs, meaning it can get quite crowded and raucous at times, which likely makes one wonder why I’d seek it out for an escape. But for me, it’s still a comfortable place to sit and relax over a beer or glass of wine after a short walk from the Museumplein where I’ve feasted on the treasures in the Rijksmuseum, Van Gogh or Stedelijk Museums. Just ensure you get out before the noise starts. 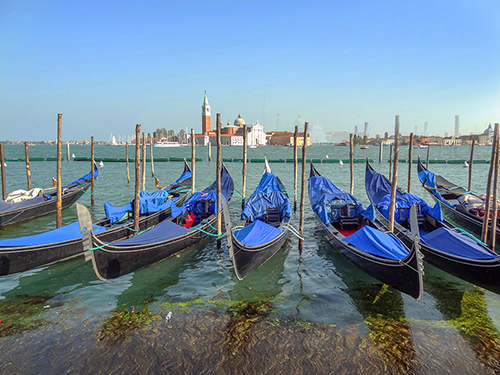 Dorsoduro is one of the six sestieri, or districts, of Venice. It’s my favorite since it’s not only a great place to walk about but it’s also teaming with activity. Located just across the Grand Canal from San Marco (stand on Punta della Gogana, the tip of the little peninsula, for a beautiful view), Dorsoduro is rife with museums – the world-renowned Gallerie dell’ Accademia was born here as an art school in 1750 – as well as restaurants. Don’t just stroll along Fondamenta Zattere, the waterfront promenade, however; delve deeper into its maze of streets crisscrossed with canals and little bridges. 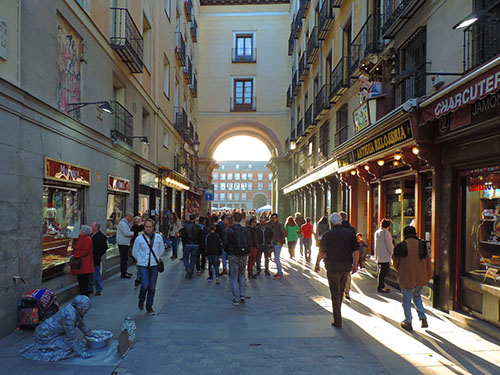 A gate of the Plaza Mayor, Madrid

In Madrid, I always seem to find myself spending an hour or two in the Plaza Mayor. It’s the most famous square in the city, which means it draws the crowds, but it is so large (it can hold 50,000 people) I don’t feel crowded in it, except, perhaps, in one of its outdoor cafés on a sunny late afternoon. It’s not just the beautiful square itself that draws me here, though; just outside one of its gates is the popular Mercado de San Miguel, a great place to stop for tapas or and drinks. 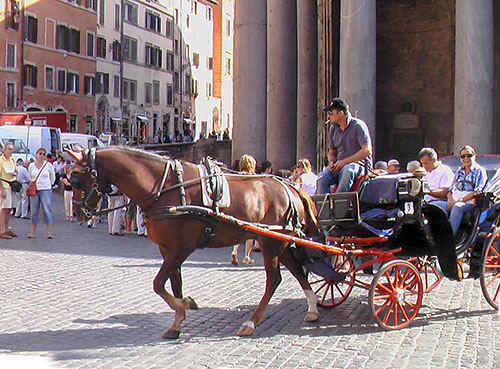 Carriage near the Pantheon, Rome

Rome: the Neighborhood around the Pantheon

Although located in Rome’s historic center (along with the Spanish Steps, Piazza Navona, and huge crowds of tourists), I love wandering about (and getting lost in) the streets about the Pantheon. For me, it’s an area that embodies all of the charms of the ancient city, best seen from a café or while strolling with a gelato. 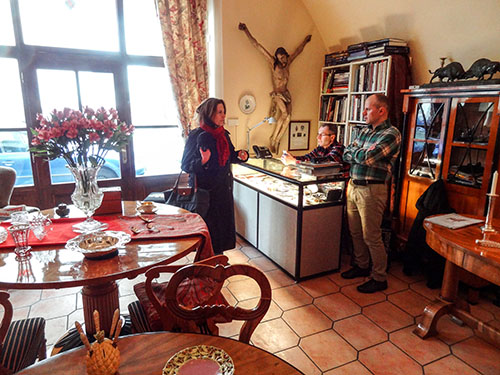 An antique shop in teh Old Town, Prague

Prague’s Old Town Square – rimmed by the Church of Our Lady Before Týn, the Old Town Hall, and numerous cafés where you can spend an hour over a coffee or beer – is one of the most recognizable squares in Europe. Depending on the time of day I may stop in one of its cafés but then continue eastward from the square through neighborhoods where the warren of streets peppered with little shops. Also, walk eastward along Celetna and you’ll come to the beautiful Municipal House, one of the city’s finest Art Nouveau buildings that are home to several beautiful restaurants. 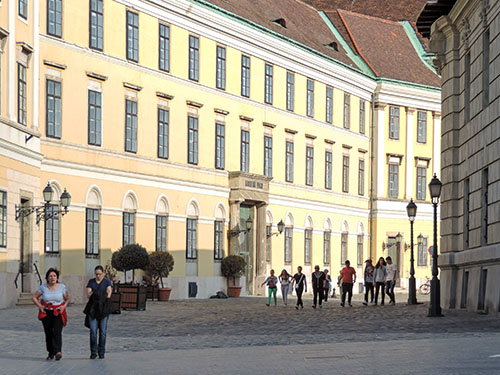 The old area of Buda, Budapest

The Castle District in Buda, on the western, hilly side of the Danube, provides the best views of Budapest and the river. It also provides plenty of cultural fodder and some of the best restaurants in the city in the area of Viziváros. While some travelers only come to Buda to see the Fishermen’s Bastion, there’s also a wealth of other things here. I enjoy visiting the Hungarian National Gallery, next to the Royal Palace, and one of the great galleries of the world, and wandering about the wonderful neighborhood that rambles between Mátyás Church and the Church of St. Mary Magdalene. 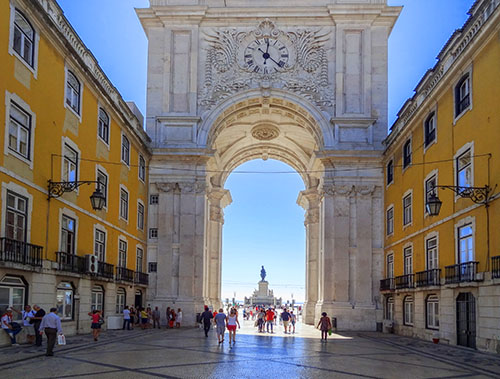 Rua Augusta and its Arch. Lisbon

To me, Lisbon’s Rua Augusta, with its ancient buildings and beautifully tiled street, epitomizes Old Lisbon, and I love to walk along it. It’s the most central street downtown, and you should start at the river’s edge at Praça do Comércio, and then walk north through the triumphal Rua Augusta Arch. There you’ll be at the beginning of Rua Augusta, an elegant pedestrian boulevard lined with restaurants and shops. Augusta continues north to Rossio, the city’s main square, but you might want to turn left at Rua de Santa Justa to take the Neo-Gothic Elevador de Santa Justa up to a terrace, for a view of the city. 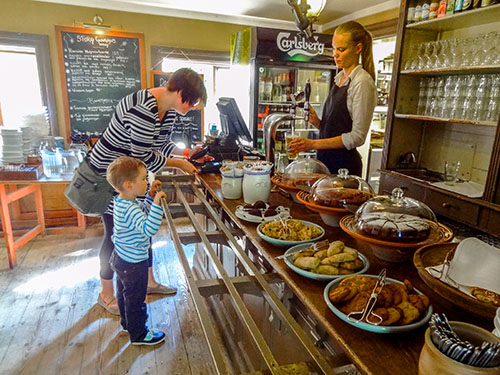 A ship in Skansen, Stockholm

If you’ve visited Stockholm, you’ve likely been on the island of Djurgården. After all, that’s where the famous Vasa Museum is located, along with Skansen, the world’s first open-air museum (founded in 1891). Both are fascinating, as is the entire island, which is an oasis quite close to the city center. It’s a wonderful place to spend a few days, which is quite easy to do since the island, royal land since the 15th century, is also home to several other attractions including The Nordiska Museum, ABBA The Museum, and the Gröna Lund amusement park. Djurgården is easily reachable by foot, taxi, tram or boat. 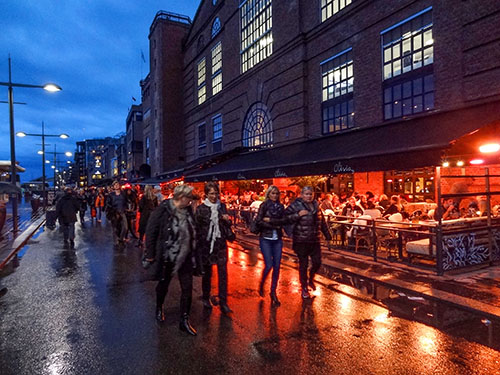 When in Oslo I enjoy wandering about Aker Brygge, a former harbor shipyard transformed into an attractive car-free area filled with shops, restaurants and cafés, many crowded in the evening. Anchored to it by a small bridge is Tjunholmen, the city’s newest glittering borough. It’s composed of two small islands that are chockablock with galleries, restaurants and Oslo’s Museum of Modern Art. Next to the museum is the hotel The Thief, filled with art and high-tech luxury suites. Even if you’re not a guest drop in for a look. 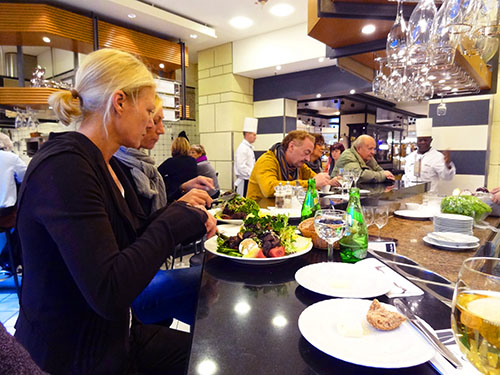 A restaurant in KaDeWe, Berlin

I know this may seem a bit odd, but my favorite place to getaway in Berlin is in a department store. But it isn’t just any department store; Kaufhaus des Westens, better known as KaDeWe, is the largest department store in Continental Europe, selling more than 3 million products. But I traipse to KaDeWe not to shop, but to eat in its mammoth food hall (larger than two football fields) on the sixth floor. It is a bouillabaisse of little counter-restaurants dedicated to steaks, pasta, lamb, pork, seafood, and other delectables, all prepared before you while you sip a glass of wine, champagne or beer. Here you can have a delicious gourmet lunch or dinner at a cost lower than that at a good restaurant. I love it. You’ll find it at Tauentzienstr 21-24. 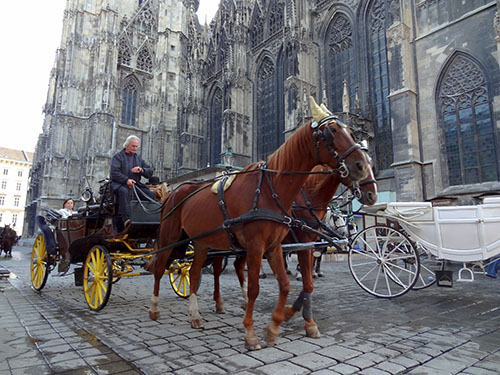 A carriage in Stephansplatz, Vienna

Stephansplatz is a mash-up of old and new, where medieval alleyways run into modern stores and horse-carriages abound. Its nucleus is the beautiful St. Stephen’s Cathedral, about which the city has grown for centuries. I always enjoy wandering through the streets between Stephansplatz and Josefplatz, near the Hofburg Palace, and then eastward toward the Hotel Sacher Wien. I usually then join the throng of shoppers on nearby Kärntnerstrasse, Vienna’s “Fifth Avenue,” and head back northwards towards Stephansplatz, all along the way finding plenty of cafés where I can pause for a drink or snack. At the Stephansplatz U-Bahn, I can board a train for almost anywhere in the city. 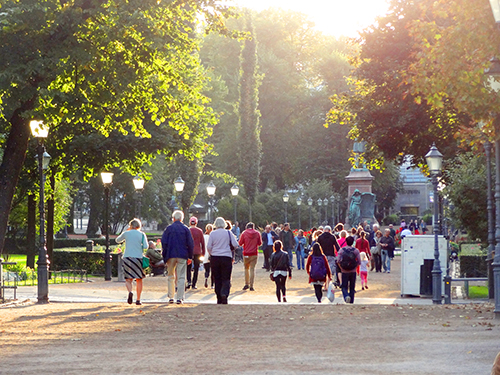 Many travelers don’t rate Helsinki highly, mainly because it lacks the glitz of Stockholm and other European capitals. But it’s that very difference that I find appealing, and every time I’ve visited I’ve taken a walk along the city’s Esplanade, the beautiful boulevard that stretches from the famous Stockmann’s Department store down to the harbor. Its broad park-like center has gardens and a walkway lined with benches, perfect for having a snack and people watching. At the end of the Esplanade, I’ll often buy lunch or a snack from one of the food vendors in the famous Market Square on the harbor.